Business, education and political leaders came together this week to discuss how to support young people into work and tackle skills shortages at an employment summit hosted by Govia Thameslink Railway and The Prince’s Trust.

Yesterday’s event [February 12], entitled ‘Futures at Stake 2020,’ featured keynote speaker Mims Davies, Minister for Employment and Mid Sussex MP. Mum-of-two Ms Davies, who has worked in retail and hospitality, as well as events and communications roles, praised GTR’s efforts to provide opportunities for young people and spoke passionately about the need for more businesses to give young people a chance to shine, noting that this can be truly “transformative”.

Discussions followed the recent publication of research by The Prince’s Trust and Govia Thameslink Railway, which cited the recruitment of young people as vital to avoid a skills crisis.

The Minister said: “Employers play a vital role in supporting young people to thrive in careers regardless of their background - by rightly opening up jobs to our young and talented people who can sometimes be left behind. Opportunities such as the Get into Railways scheme [a combination of training and work experience] are so important in supporting hundreds of our young jobseekers to make that first or next step.”

She highlighted that too often young people were being told they lacked experience or the right connections when going for a job. During her address, she said that the Govia Thameslink Railway ‘Get into Railways’ scheme was “ideal” and “the right way to deal with this” issue.

‘Get into Railways’ is a practical course delivered by the rail operator and charity which offers skills-based training and work experience for young people who have struggled to get into employment.

Over the last five years, 77% of course participants have secured employment with GTR and many have encouraged their friends and peers to take part in the scheme.

GTR CEO Patrick Verwer said of the scheme on Wednesday: “As a business we benefit too. I can see for myself how our young trainees inspire our existing colleagues and drive positive change around our business. We have a more diverse organisation as a result, more dynamic, more inclusive and open to diversity of thought. We’re committed to doing more. I don’t believe there’s a single approach.”

Regarding the findings of the ‘Futures at Stake 2020’ report, he added, “I wanted to make sure the results of this research were discussed, and acted on, far and wide across all industries.”

Mr Verwer also spoke of GTR’s drive to create more apprenticeships as another route to give life-changing career opportunities to people from all backgrounds. GTR had a target of 140 apprentices last year and has committed to double this to over 300 apprentices across 14 different roles in 2020.

The Prince’s Trust Deputy CEO Ian Jeffers said: “Our latest research with Govia Thameslink Railway shows us that employers believe young people are key to solving current skills shortages and avoiding a future skills crisis. However, to enable young people to access opportunities, particularly their first job, employers need to think about their recruitment differently to prevent putting barriers in their way.

“The Prince’s Trust works closely with employers to implement innovative methods of recruitment, such as short pre-apprenticeship programmes which aim to remove these barriers and ensure all young people have the tools they need to embark on their career.”

During the event, other key industry figures gave insights into their efforts to help young people into the world of work. Steven Cooper, Commissioner at the Social Mobility Commission and Hoares Banks CEO, Hannah Essex, Co-Executive Director of British Chambers of Commerce, Danny Brooks, CEO and Founder of technical recruitment consultancy VHR, and Sonali Parekh, Head of Policy at the Federation of Small Businesses took part in a panel discussion.

GTR and The Prince’s Trust last year marked the 5th anniversary of the ‘Get into Railways’ programme, which has generated £1.6 million of social benefit to UK society over the last five years.

Under this partnership, ‘Get into Railways’ offers skills-based training and work experience with mentors for young people, aged 18-25, who have struggled to get into work. During the free four-week course, they spend two weeks developing their skills and confidence, including mock interviews. They then spend two weeks on a placement at a GTR station or office.

The Social Impact Report marked the fifth anniversary of GTR’s partnership with The Prince’s Trust.

The Futures at Stake 2020 report was released in January this year, warning of a looming skills crisis amongst young people.

Key findings in the Futures at Stake 2020 report: 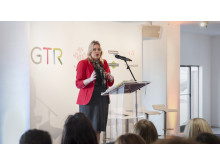 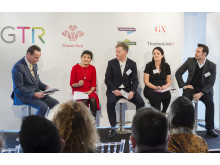 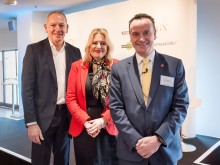 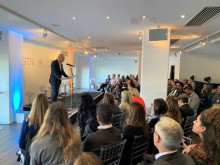 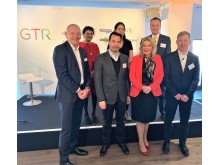 Back row L-R: Sonali Parekh, Head of Policy at the Federation of Small Businesses, Hannah Essex, Co-Executive Director at the British Cha...