On Saturday 8th September a group of walkers from ng homes took part in the Shining Walk in aid of Cancer Research UK.

This is the second time ng homes have taken part and supported the walk.

The Shining Bute-Y walk, not surprisingly is held on Bute. Those who get involved think it’s pretty special as the walk has multiple choices of distances so everyone can be included. There are 4 distances to choose from, marathon; half marathon; 10k or 5k. The groups start at different times, gradually joining together, so we finish as one big Bute-Y-ful team at the end. In doing this everyone can take part from the super fit to small children. The walk encourages families to take part, they can even bring along the dog!

Catherine Maguire is the event organiser and works in the X-Ray department of Monklands Hospital. She is also the wife of ng homes Board Member Robert Maguire. Robert Maguire went to ng homes Chief Executive, Robert Tamburrini asking if he’d be interested in inviting staff to get involved. Robert Tamburrini thought it was a great idea and eight staff members went on to take part. Lyanne Leslie, Sharon Hazlett, Karen Johnson, Catherine Mather, Laura Sharkey, Joy Henderson, Yvonne Kinnear and Linda Forrester all travelled to the beautiful island of Bute to raise money for Cancer Research UK. 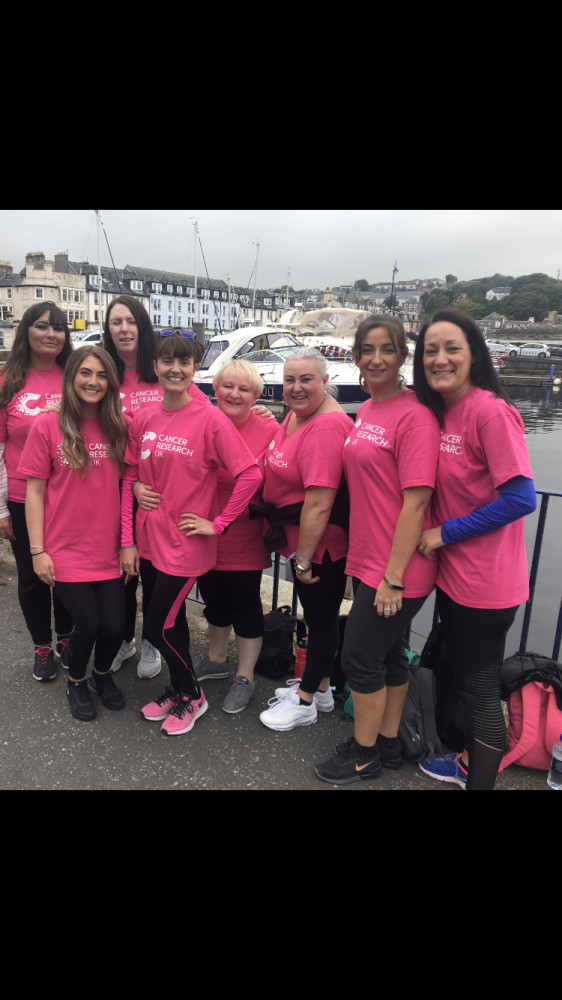 Catherine was delighted the ng homes staff got involved again and said, “The first time ng homes got involved Robert was doing work for the Association and said that this was the sort of thing that they would want to get involved in as ng homes is proactive in supporting staff health and wellbeing. He approached Robert Tamburrini who gave the green light and supported the walk.

Now Robert is on the Board of ng homes, he told Robert Tamburrini about this year’s walk and from there staff at ng homes organised a team of walkers. They’ve made a considerable donation of £2,200 to the overall total.

This year Bute was at its most Buteyful. We had a beautiful sunny day with beautiful clear views of the Firth of Clyde and the islands, with a great crowd of people walking to raise awareness and money to help the work of Cancer Research UK. This year there were 115 people taking part – and 3 dogs. The ages ranged from 5 months to around 70 years old, all family, friends, colleagues and neighbours. It was quite a party! We were delighted to have Dorothy Rodger of Cancer Research UK put on her trainers and join us.”

Fundraising is still on going. To date, on this walk alone, Team Shining Bute-Ys have raised nearly £10,000 for this great cause. We’re delighted ng homes raised £2,200 of this, it's an amazing total and we want to congratulate the walkers for a great job from all involved. 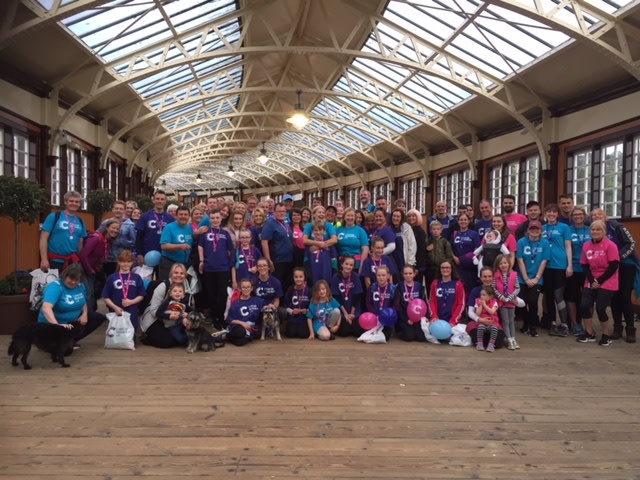 ng homes Chairperson John Thorburn said: “We’re very proud of all the staff who gave up their free time to take part and raise money for this fantastic cause.

At ng homes we fully understand the importance of fundraising and donations for charities to achieve their aims and ambitions. And we fully support staff in these fundraising campaigns. We hope to see plenty more people doing the walk in the future.”

Our vision is a community where people can flourish and prosper.