An 11-year-old schoolboy is preparing to cycle 200 miles coast to coast to raise funds for the Stroke Association, after his grandad had a stroke.

Ben Winter, from Habberley, will take on the British Cycling Trans Pennine Trail from challenge is from Southport to Hornsea on Saturday 12 August, alongside his father, Dave.

The Pontesbury Primary School pupil was inspired to take on the challenge for the Stroke Association after his grandad had a mini-stroke around ten years ago, and made an excellent recovery.

Ben said: “We did a 50 mile training ride and I was fine, but my dad was very sore! My dad and I take part in a charity challenge every year together and I’ve raised more than £4,000 since I was five by cycling, mountain climbing, walking, litter picking and canoeing.” 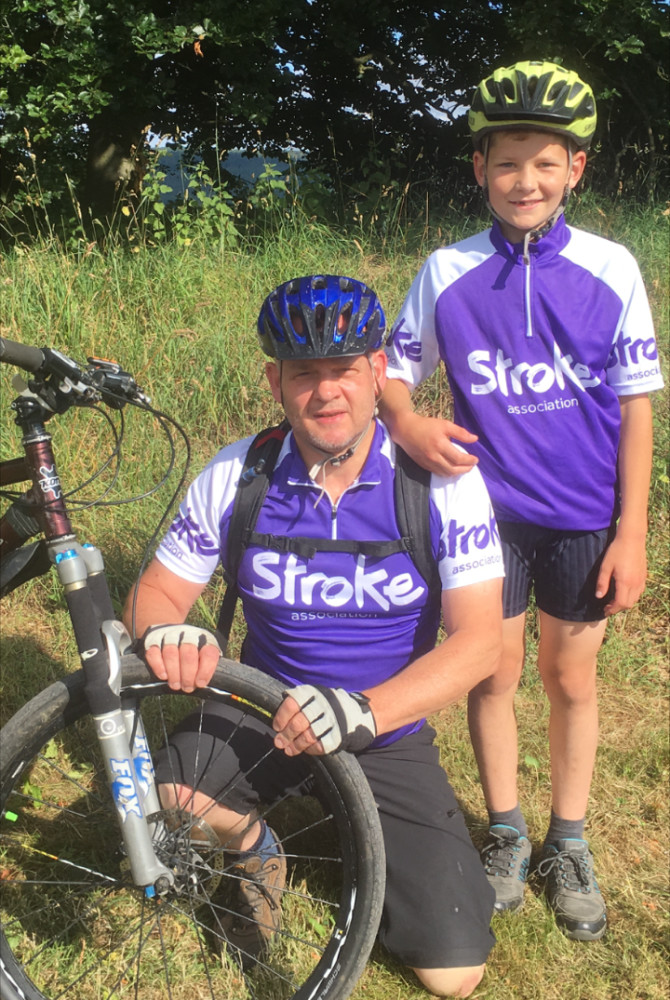 Ben’s dad, Dave, added: “Ben and I always raise money for charities which are close to our hearts, so this year we’ve chosen to fundraise for the Stroke Association. We want to raise vital funds to help other families affected by stroke to get the support they need.”

Ruth Tandy, Community and Events Fundraiser at the Stroke Association, said:: “With more than 100,000 strokes in the UK each year, it’s vital that we have people like Ben and his dad to help raise funds. We’re incredibly grateful to them both for choosing to support the Stroke Association; the money raised will go a long way in helping to support people who are living with the effects of stroke, and their families and carers, as well as help to prevent people from having a stroke.”

For more information about the Stroke Association, visit www.stroke.org.uk or call the Helpline on 0303 303 3100.

Motorcross racers from across the North East will come together at PJMX in Blyth at a Charity Practice Day on Saturday 24 June to raise vital funds for the Stroke Association.

Artwork created by Sheffield stroke survivors will be the focus of a new exhibition at the Salvation Army Citadel, Psalter Lane in Sheffield, on Wednesday 28 June from 12:30pm - 3pm.

Nottingham fundraiser Dominic Bowen, 38, is inviting local residents to a Gangsters and Molls Charity Ball to celebrate the end of his year-long fundraising mission for the Stroke Association.

Bhavin Gohil, 40, from Hall Green, is preparing to take on the Birmingham Half Marathon on 15 October for the Stroke Association in memory of his wife.

​Bramcote School student shaves his hair for the Stroke Association

Oliver Walker, a student from the Bramcote School in Nottingham, has raised over £450 for the Stroke Association by shaving off eight inches of his hair.