New group on track to spruce up Stourbridge stations

A new community group has been formed to bring a new lease of life to Stourbridge Junction and Stourbridge Town railway stations – and it’s looking for new members.

Friends of Stourbridge Stations (FOSS) will be looking to spruce up the two railway stations, by creating colourful new floral displays and running community activities throughout the year. The first event being a planned by the groups is a celebration of the branch line’s 140th anniversary, to take place at Stourbridge Junction station later this summer.

Members of the group are also now official station adopters of the two stations, and will be working with West Midlands Railway and Pre Metro Operations (operator of the Stourbridge Town Car), on a variety of projects over the coming months.

Group chairman Phil Tonks, who also drives the award-winning Stourbridge Shuttle between Stourbridge Junction and Stourbridge Town, said: “Our stations in Stourbridge are increasingly popular and well-used, and we are looking to improve them visually, by adding splashes of colour with some floral displays. There’s something for everyone to get involved in, and we’d love to hear from gardeners who could display their talent around the stations! We’re also keen to hear from people who have memories of the branch line and stations as we celebrate 140 years of operation in the town”.

Fay Easton, head of stakeholder and community for West Midlands Railway, said: “The new Friends of Stourbridge Stations group has plenty of great ideas to brighten up the stations and really give something back to rail users in the town. We offer ongoing support for our adoption groups, to enable them to see their varied ideas come to fruition, and we are excited to see what can be achieved at both Stourbridge Town and Stourbridge Junction stations going forward. If this sounds like something you would like to be a part of, even on an occasional basis, the group would love to hear from you!”

West Midlands Railway supports over 150 station adopters across it’s network, and is on track to bring community engagement to every one of it’s 151 stations across the region. Activities undertaken by groups range from gardening, to art installations, mini libraries and community events using rooms in station buildings. However, this list is always open for new ideas. For more information on station adoption go to westmidlandsrailway.co.uk/adopt-station 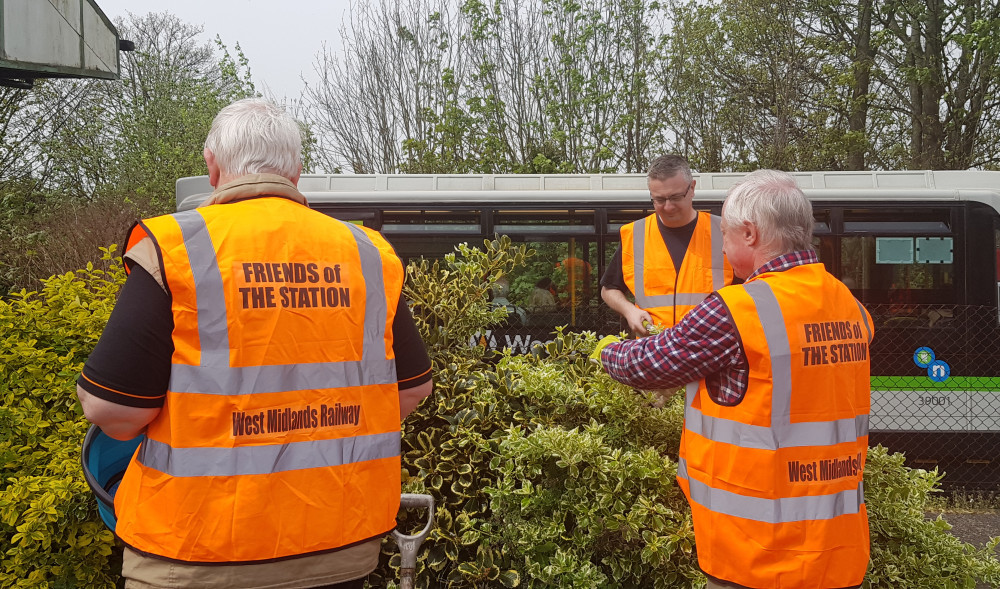 Members of the Friends of Stourbridge Stations group working on planters on the platforms at Stourbridge Junction.

Pre Metro Operations works in partnership with West Midlands Railway, to operate the Stourbridge Shuttle – a train service between Stourbridge Town and Stourbridge Junction, on the shortest branch line in the country

Using innovative technology, the Stourbridge Town Car provides the best service this line has seen in its 130-plus year history. Our operation is clean, green, frequent, highly reliable and easy-access.