Striking new images of a radical yet respectful transformation of Birmingham Moor Street station have been revealed by West Midlands Rail Executive, as part of proposals for an ambitious redevelopment to create a station that’s fit for the future, linking seamlessly with Birmingham New Street and HS2 services at Curzon Street.

The concepts include options to more than double the size of the concourse from 910m2 to 2000m2 and introduce two new platforms to meet growing passenger demand at the station.

New platforms will, alongside other network infrastructure improvements, allow extra services to stop at Birmingham Moor Street from across the region, under Midlands Connect’s Midlands Rail Hub proposals to increase rail capacity to and from the East Midlands, Hereford, Worcester and the South West.

Passenger numbers at Moor Street are expected to grow from seven million to 12 million a year by 2043, with further increases expected as a result of the Midlands Rail Hub and the arrival of HS2 in 2026. The vision for Moor Street future-proofs the station to cope with its growing popularity.

The vision puts Moor Street at the heart of Birmingham’s “One Station” strategy to ensure seamless links with Curzon Street and New Street stations.

The plans include an iconic new transfer deck with access to every platform and links to a new footbridge taking passengers directly to HS2 services from Curzon Street via a new public square.

There are also several options to improve pedestrian access between Moor Street and New Street, including a safe, well-lit and direct route via St Martin’s Queensway; new steps and a ramp at Swan Passage, adjacent to the new Primark development; and a new ramped route from Rotunda Square to New Street Station.

A second entrance to the south of the station is proposed to improve passenger flow, avoid overcrowding and create better access to the revitalised Digbeth area and proposed £1.5 billion Smithfield development.

The plans maintain and respect the historic, Grade II listed entrance and concourse of the station, dating back to 1914, with modern architecture that complements the existing building.

These initial concepts - developed by West Midlands Rail Executive in collaboration with Transport for West Midlands, Midlands Connect, Network Rail, HS2 Ltd, Chiltern Railways, West Midlands Railway and Birmingham City Council – is the first stage of a long-term plan to transform Moor Street in to a world class station experience, and place the station at the centre of Birmingham’s unprecedented regeneration.

The striking artists’ impressions were designed by renowned architecture firms Grimshaw and Glenn Howells Architects, who also worked together on designs for HS2’s Curzon Street Station.

Andy Street, Mayor of the West Midlands, said: “We have big plans for transport in the West Midlands and the expansion of Moor Street is a crucial part of that. Our game-changing plans for HS2 and new metro and rail lines are already driving investment, new jobs and apprenticeships as well as bringing communities closer to those work, training and education opportunities.

“This whole area of Birmingham will be revitalised over the next few years as the world’s largest Primark opens, Curzon Street HS2 station is built, and Moor Street is transformed. This vision for Moor Street will not only provide a better experience for commuters but with two extra platforms, it will set the foundation for the future expansion of rail services.”

Cllr Roger Lawrence, chair of West Midlands Rail Executive, said: “With a second entrance, more space and improved links to New Street Station and the new HS2 Curzon Street station, this vision will offer passengers a much more enjoyable and pleasant experience when visiting Moor Street. The extra platforms will also ensure that Moor Street is ready for extra services following the proposed development of the Camp Hill Chords, as part of the Midlands Rail Hub.”

Maria Machancoses, director of Midlands Connect, said: “By expanding Moor Street and introducing new platforms we will be ensuring that, alongside other vital infrastructure improvements, we will be providing the Midlands and indeed the UK with another world class gateway into the region, increasing the number of trains coming in to and out of Birmingham from across the Midlands, through our flagship Midlands Rail Hub plans.

“Through the “One Station” vision, Moor Street will also be fully integrated with HS2 services, which will depart literally next to Moor Street. This vision can help create a rail network that’s fit for the future. With the ambition and leadership of local, regional and national leaders, we must bring this once-in-a-generation opportunity to life.”

Cllr Ian Ward, leader of Birmingham City Council, said: "These exciting plans combine Moor Street Station's proud heritage and history with the major work that is currently transforming our city. The new-look station will be at the very heart of Birmingham's future transport network, supporting regeneration that will provide homes, jobs and opportunities for our young and growing population."

Carew Satchwell, acting head of strategic planning for Network Rail’s London North Western route, said: “This vision for Moor Street station is one of many ways to help meet the growing demand for rail travel in the West Midlands and beyond. In the next five years, on the London North Western route alone, passenger numbers are forecast to rise by 12 per cent. We continue to work with Midlands Connect, Chiltern Railways, West Midlands Rail Executive and other partners to increase capacity, connectivity and journey options across the region.”

Tom Wilne, Project Director at HS2 Ltd, said: “Birmingham is on the precipice of a transport revolution. HS2 and the plans to develop transport connections across the region will bring economic regeneration, jobs and business growth. We’re pleased to see plans progressing for Moor Street station and look forward to continuing to work with our partners across the region.

Stuart Grahn, associate principal at Grimshaw, said: “Complementing the new HS2 station at Curzon Street, the proposed design for Moor Street celebrates the distinctive architectural character of this well-loved station. To capitalise on the station’s location in the heart of Birmingham, we have worked in close collaboration with Glenn Howells Architects to ensure that new, accessible entrances and routes around the station unlock much-needed connections to the city.”

Alan Riley, customer services director, Chiltern Railways said: “As the station operator it’s vital to us to plan for the future and ensure that Birmingham Moor Street station is ready to play a crucial role in the Midlands Rail Hub and to be a gateway to HS2 services for the region. The images we’re sharing today are a hugely exciting glimpse of what the future could look like for the station and we stand ready to play an important role in the project.”

Richard Brooks, West Midlands Railway’s customer experience director, said: “The Moor Street vision is a great example of how the rail industry and local authorities can come together to make a real difference to the lives of rail users. Train travel in the West Midlands has never been more popular. That’s why we are currently investing £1 billion to improve our rail services. Creating more capacity on our network is a major driver of progress and prosperity for our region.”

The report, Birmingham Moor Street Station: The Vision, is the first stage in identifying potential concept options to ensure the station is fit for the future. Further feasibility studies are required to progress the preferred concept to a greater level of technical analysis, which can feed in to a future Outline Business Case for the redevelopment of the station. 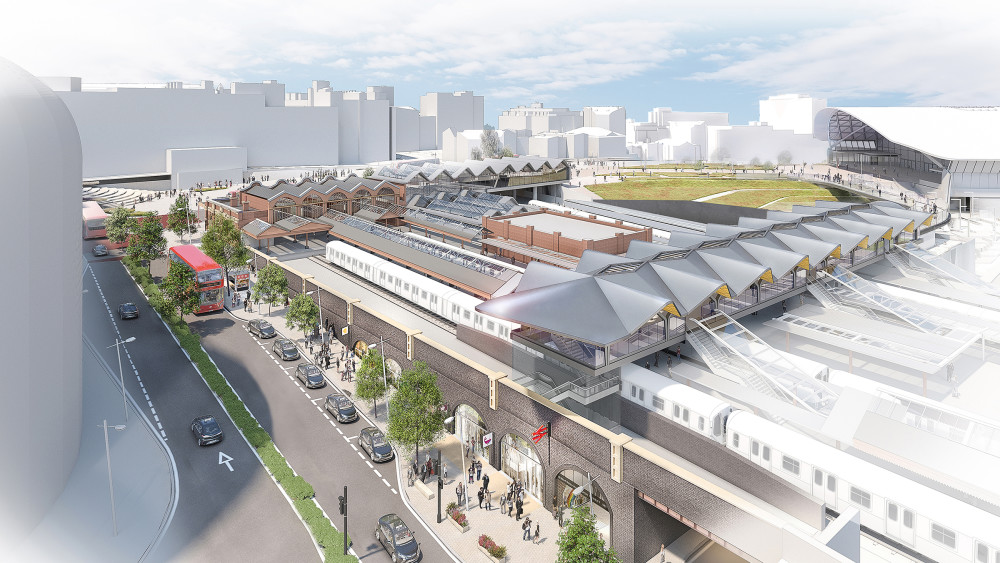 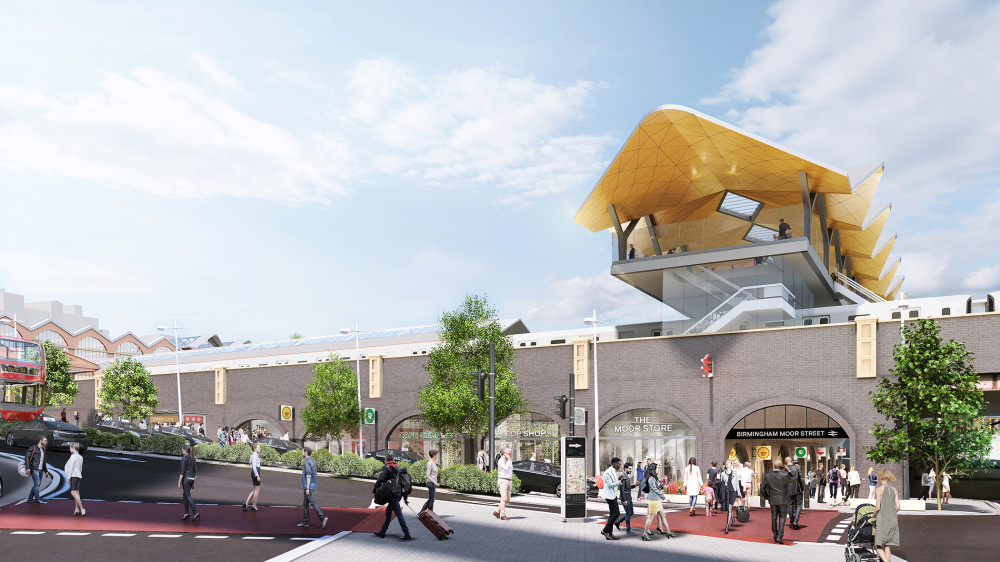 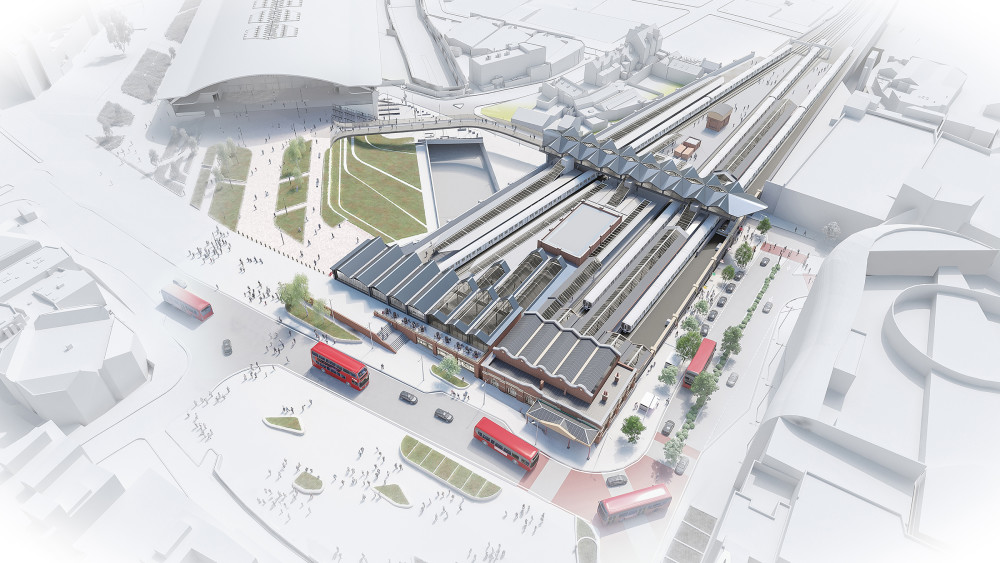 Please note, all images must be credited to Grimshaw 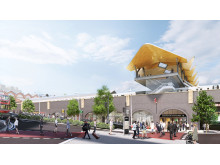 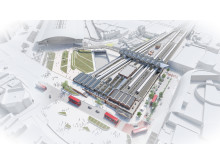 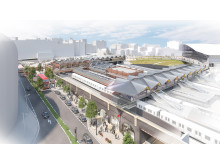