Prepare for adventure – you are about to journey into the game universe of Free League Publishing. Strange and wondrous worlds await you this year! 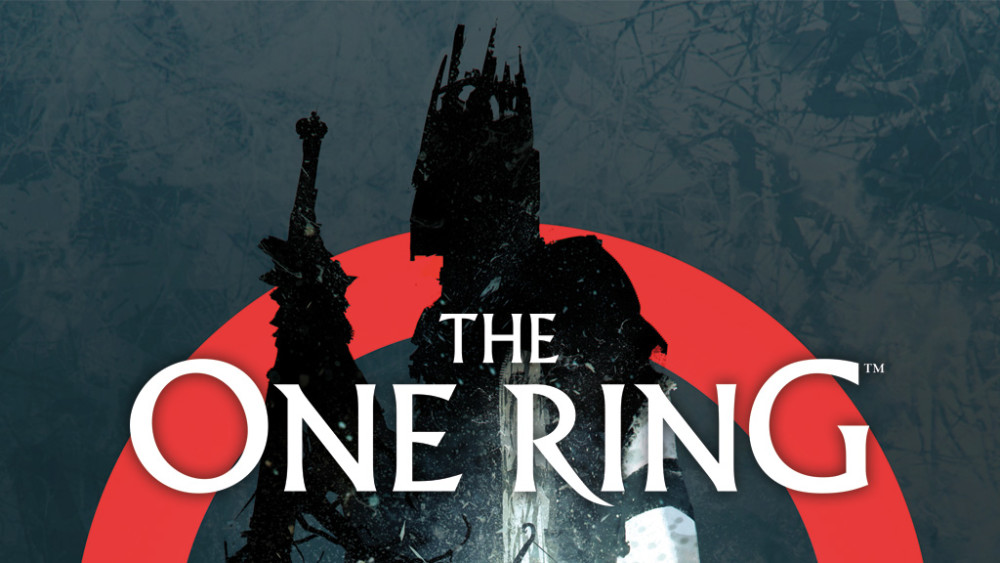 The new edition of THE ONE RING™ roleplaying game, set in the world of The Lord of the Rings™ by J.R.R. Tolkien and designed by Francesco Nepitello, became the most successful tabletop RPG  core game ever on Kickstarter when it ended March 4th this year, raising över $2 million.

In the world of THE ONE RING™, the year is 2965 of the Third Age and the players create a Company of heroes seeking adventure in the Lone-lands of Eriador. It is a desolate country, yet it sees the presence of many adventurous folk – Hobbits, Dwarves, Elves and Men. It is here that the One Ring lies, a seed of the past that will one day lead the world to open war against the returning Shadow. The Enemy is moving, and smoke issues once more from Mount Doom, in the land of Mordor...

A classic roleplaying game returns. The upcoming retro-apocalyptic edition of Twilight: 2000, published in partnership with Game Designers’ Workshop, goes back to the roots of the franchise with sandbox roleplaying in the devastation of World War III.

The new edition will be the fourth in the series, the first being released by GDW in 1984. Just like the original version, the new edition of Twilight: 2000 is set in a year 2000 devastated by war – now in an alternate timeline where the Moscow Coup of 1991 succeeded, and the Soviet Union never collapsed. 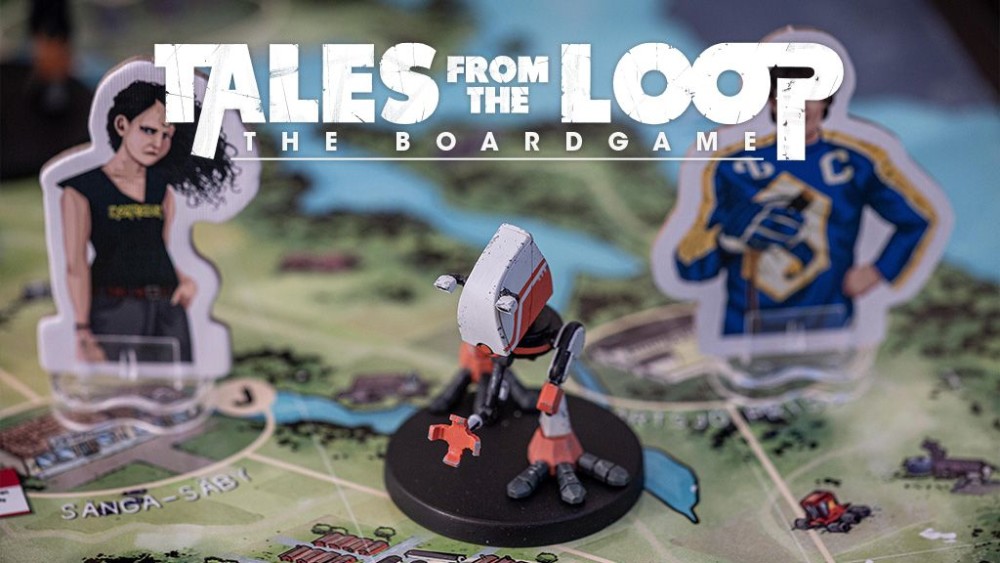 In Tales From the Loop – The Boardgame, you and your friends play cooperatively to investigate the mysteries originating from the Loop, a huge underground science facility with strange effects on the suburban landscapes around it.

The upcoming board game is based on the works by the internationally acclaimed visual storyteller Simon Stålenhag. The narrative art books Tales From the Loop and Things From the Flood, published by Free League, stunned the world with a vision of an alternate Scandinavia in the 1980s and ‘90s, where technology invaded tranquil landscapes to form an entirely new universe of the eerie and the nostalgic.

In 2017, Free League published the tabletop roleplaying game Tales From the Loop, which was a smash hit and went on to win five Gold ENnie Awards, including Best Game and Product of the Year. The tv series adaptation of Tales From the Loop has launched Amazon Prime Video. Now the time has come to return to The Loop in the upcoming board game.

PRESS
Do you have interview requests or are interested in review copies?
Feel free to reach out to Boel at: pr@frialigan.se 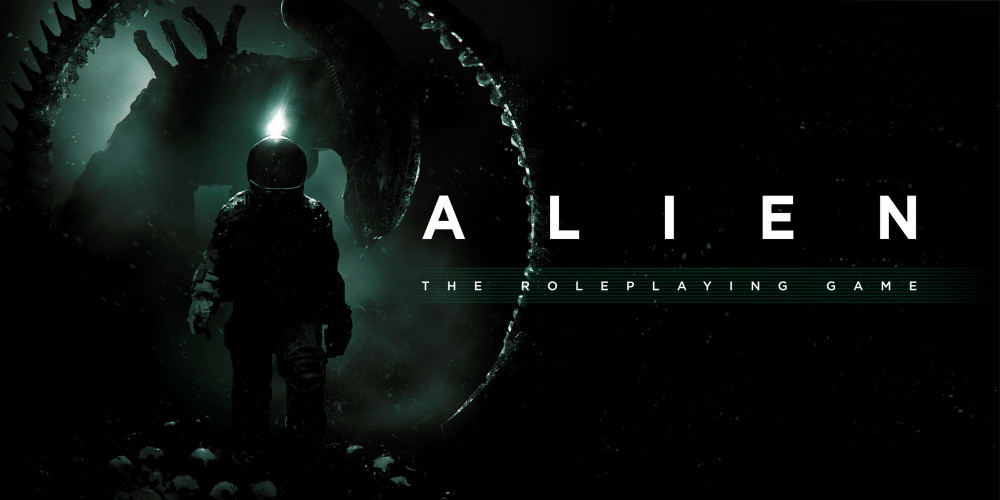 “The real horror of Ridley Scott’s seminal sci-fi flick Alien has always been the creeping, slithering fear of the unknown. It’s impressive, then, that Free League has been able to craft a tabletop roleplaying game that can conjure up that same pitch-dark dread from the safety of your kitchen table.”
~ Dicebreaker

Space is vast, dark, and not your friend. Try to scream and no one can hear you—hold your breath and you rupture your lungs. Space isn’t as empty as you’d think, either—its frontiers are ever expanding. Rival governments wage a cold war while greedy corporations vie for valuable resources. Colonists reach for the stars and gamble with their lives. And there are things lurking in the shadows—things strange and different and deadly. Things alien.

This is the multiple award-winning official ALIEN -The roleplaying game. A universe of body horror and corporate brinkmanship, where synthetic people play god while space truckers and marines serve host to newborn ghoulish creatures. It is a harsh and unforgiving universe, and you are nothing if not expendable. Stay alive if you can.

"Vaesen is a fresh and interesting addition to the horror/mystery tabletop genre and one with far more character than all the shoggoths and elder gods that usually hang out there."
- Editors Choice, Comics & Gaming Magazine

In the shadows, something stirs. Strange beings. Twisted creatures, lurking at the edge of vision. Watching. Waiting. Unseen by most, but not by you. You see them for what they really are. Vaesen.

Welcome to the Mythic North. A land where the myths are real. A cold reach covered by vast forests, its few cities lonely beacons of industry and enlightenment – a new civilization dawning. But in the countryside, the old ways still hold sway. There, people know what lurks in the dark. They know to fear it. Vaesen.

Vaesen – Nordic Horror Roleplaying is based on the works of the acclaimed artist and author Johan Egerkrans and presents a dark Gothic setting steeped in Nordic folklore.

A doom metal album of a game. A spiked flail to the face. Light on rules, heavy everything else.

MÖRK BORG is a pitch-black apocalyptic fantasy RPG about lost souls and fools seeking redemption, forgiveness or the last remaining riches in a bleak and dying world. Confront power-draining necromancers, skulking skeletal warriors and backstabbing wickheads. But leave hope behind – the world’s cruel fate is sealed, and all your vain heroic efforts are destined to end in death and dismay. Or are they? 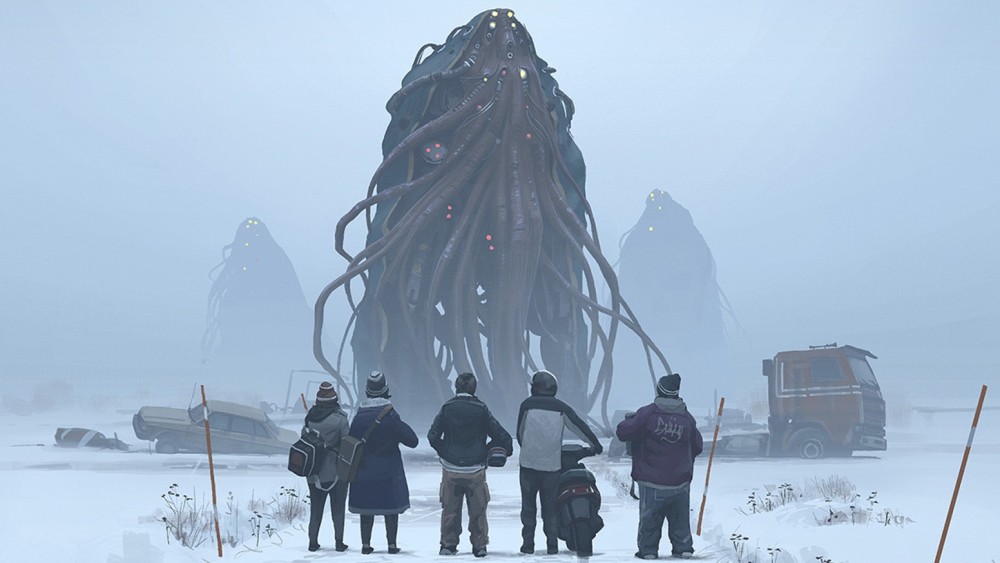 "It’s darker, deadlier and a little depressing in places, but this follow-up takes everything that made Tales from the Loop great and adds a new twist." - Play it? Yes. ~Tabletop Gaming

Somewhere out there beyond the fields and marshes, abandoned machines wandered impatiently. Perhaps, if we had listened closely, we would also have heard it. The sound rising from the sealed caverns in the depths: the  pounding from something trying to get out.

Based on the retro futuristic works of internationally acclaimed visual storyteller Simon Stålenhag, the multiple award-winning Tales from the Loop Roleplaying Game was released in 2017 and let you experience this amazing world of The Loop first hand.  In the standalone sequel roleplaying game Things from the Flood, based on the art book by Simon Stålenhag, the story continues into the 1990s.

Welcome back to the world of The Loop – things are different now. This time you can die.

Step into the amazing world of the Loop and encounter the fantastic machines and strange beasts that have come to haunt the countryside. Escape your everyday problems and solve mysteries, you will become a part of something meaningful and magical – but also dangerous.

The award-winning Tales from the Loop roleplaying game is based on the work by acclaimed artist Simon Stålenhag. The retro futuristic art captures the spirit of Swedish 1980s suburbia and have spread like wildfire worldwide with a unique atmosphere that is both instantly recognizable and utterly alien. The art book Tales from the Loop has also launched as a TV-series at Amazon Prime.

Explore vast forests in the hunt for treasures, lost wisdoms and fame. Visit the barbarian clans to trade or to plunder their treasuries. Establish a base of power among princes, guilds or rebellious refugees or survive encounters with trolls, dark-minded Blight Beasts and undead warlords.

But whatever you do, never ignore the warnings spoken by the wardens of the forest: tread carefully and do not disturb the ruins of old, for the dark deep of Davokar is about to awaken in the dark fantasy game Symbaroum.

Do you wish to crew a space ship and travel to the space station Coriolis set in a remote cluster of star systems? You will explore the ancient ruins of the Portal Builders, undertake missions for the powerful factions and partake in the game of political intrigue.

Whatever your calling is, together you will make your own fate. In the end you might even discover the truth about the mysterious Emissaries and the threat of the Dark Between the Stars in the sci-fi adventure Coriolis - The Third Horizon.

Of course, the world ends. It was always just a question of time. When it’s all over, nature invades the ruined cities and winds sweep through empty streets. Yet life remains.

In the Ark, you and the other survivors have found a haven. You are the spawn of humanity, but not human anymore. Your bodies and minds have incredible powers, but you are twisted, mutated freaks. And now the safe days are over. Food is running scarce, and the fight for what’s left is turning violent. It’s time to venture out and explore the Zone. You have no choice.

This is the beginning. This is Mutant: Year Zero.

We have also published the art books Tales from the Loop, Things from the Flood, The Electric State and The Labyrinth by internationally acclaimed visual artist Simon Stålenhag, as well as the illustrated edition of the Lovecraft classic At the Mountains of Madness - Volume 1 and The Call of Cthulhu by the praised French artist François Baranger.

A new Starter Set for the multiple award-winning Tales From the Loop tabletop RPG was officially launched today by Free League Publishing. The new Starter Set is both available as a physical boxed set and in digital format, as an official module on the Roll20 online marketplace. This launch is the first step in Free League new initiative to support virtual tabletop gaming for all of its titles.