“Create demand through your own efforts.” This has been part of Yamaha Motor’s corporate culture since our founding and serves as the basis of our work in each of our business operations and product lines. One example of this can be found in Japan, where the low birthrate and aging population is presenting real challenges for the future.
Yamaha holds Parent-Child Motorcycle Classes and Engine Disassembly/Assembly Workshops in the hopes that this will spark interest in motorcycles and other Yamaha products, eventually lead to future Yamaha fans and thereby create new demand.
Furthermore, Yamaha has devised several new programs aimed at motorcycle license holders that aren’t fully confident in their abilities on the road and for riders returning after stepping away from their motorcycles for an extended time in an effort to grow its customer base across a wide demographic.

During the 1950s when Japan was rebuilding after World War II, Genichi Kawakami—the fourth president of Nippon Gakki Co., Ltd. (today’s Yamaha Corporation)—had returned from a trip to see the industries of Europe and the United States, and made high quality a paramount focus of the company’s Monozukuri (creating products with an emphasis on craftsmanship and excellence) under the maxim: “It isn’t a product if it isn’t world-class.” But he also knew that if people first properly learned how to play an instrument, then they could really enjoy it and recognize its value, so the company opened organ classes and schools to foster the spread of music.
This approach remained with the company’s newly launched motorcycle business as well. After the first YA-1 motorcycle and all related operations were spun off and established as Yamaha Motor Co., Ltd. in 1955, the company continuously ran a variety of classes and programs for customers, including ones for motorsports like road racing and motocross, for riding safety, and schools for getting motorcycle licenses. Spreading the word about the fun and practical value of motorcycles has helped grow the number of riders in general, but it also played an important role in building the Yamaha brand as well as expanding the demand for Yamaha products. 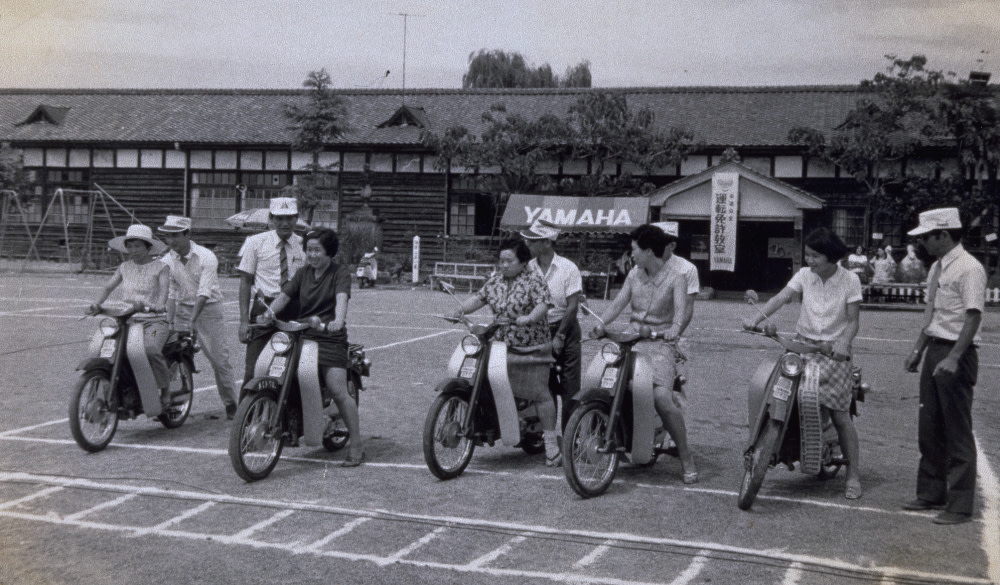 Yamaha has long held activities to promote safe and proper use of Yamaha products as well as ways to enjoy them and take advantage of their benefits.

These activities to spread motorcycling were at their peak of popularity in the 1970s and ‘80s. In Japan at the time, each manufacturer was producing all kinds of motorcycles one after another, from models for family and business use to sport bikes and large-displacement cruisers. Motorcycle demand in the Japanese market alone reached an incredible two million units.
It was around then that Yamaha began its Parent-Child Motorcycle Classes and what kicked it off was the launch in 1981 of the PW50 bike for children around 5 to 6 years old. The little bike was the result of requests from the U.S. market, which was experiencing a boom in motocross and off-road riding. They wanted something that would be the first motorcycle for kids who were able to ride bicycles, so that the whole family could enjoy riding together. The PW50 was thus planned and developed to be a kid-friendly machine and was designed and styled to look like a toy, have easy-to-use power, levers that worked the front and rear brakes like a bicycle, an automatic transmission to ride with just the throttle, a low-maintenance shaft drive to avoid any entanglements, as well as other features. With its easy-to-use character and adorable look, it was nicknamed the PeeWee or Y-Zinger and quickly became a worldwide bestseller.
At first, the riding classes using the PW50 were held on dirt bike tracks to inspire kids to start motocross racing, but over time the purpose and curriculum changed. Presently, there are three different classes to suit different skill levels: one where children take on the challenge and feel the sense of accomplishment in learning to ride for the first time, experience the fun of operating a motorcycle, and feel the joys of riding; one for learning traffic rules and good riding manners; and one for strengthening the bonds between children and their parents through motorcycles and sharing that Kando.* In recognition of their social and educational contributions and merit, Yamaha’s Parent-Child Motorcycle Classes were awarded the Chief Juror’s Special Award at the Japanese government-supported Kids Design Awards in 2017.

* Kando is a Japanese word for the simultaneous feelings of deep satisfaction and intense excitement that we experience when we encounter something of exceptional value.

Another program that draws significant interest from kids is the Engine Disassembly/Assembly Workshop. Children dismantle and then reassemble actual engines with real tools using their own hands while staff teach them how an engine works, the names of parts and what they do, proper and safe use of the tools involved, the right work order and meaning behind work practices and more. Since beginning in 2002 and as of the end of 2018, these classes have been held 342 times with more than 13,800 parent-child participants. Following the Parent-Child Motorcycle Classes, the Engine Disassembly/Assembly Workshop was also awarded the Chief Juror’s Special Award at the Kids Design Awards in 2019.
For Yamaha, these programs for kids do not immediately lead to sales, but we believe they are long-term demand-creating activities that promote motorcycling culture in ways that may very well lead to future Yamaha fans and customers. 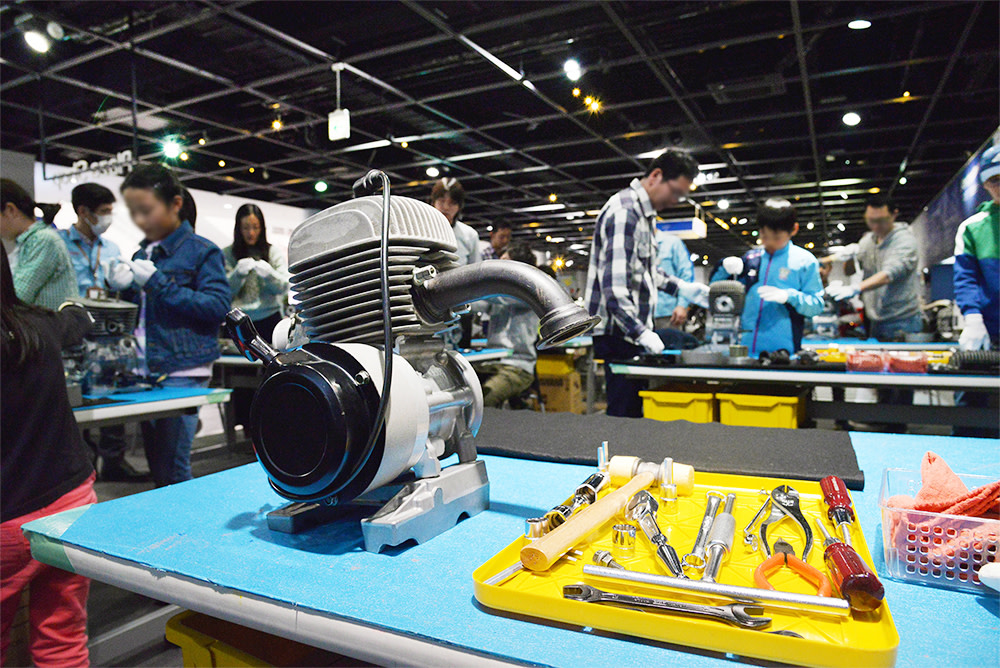 The Engine Disassembly/Assembly Workshop was designed to give children a chance to discover the fun in Monozukuri and feel the value of creativity.

Realistically though, elementary school children are still some ten years away from actually getting their motorcycle licenses and starting to ride. So, while the Parent-Child Motorcycle Classes plant the seed of interest, it must be nurtured somehow if it is to sprout and grow. So the staff running the workshops launched an Engine Disassembly/Assembly Workshop for junior high students that had joined a Parent-Child Motorcycle Class before.
Unlike the programs for elementary school students, everything about the class for junior high school students has a more full-fledged approach, from the curriculum to the environment. The students don the same mechanic overalls the pros use and use the tools and equipment at Yamaha headquarters’ training center to work on a single-cylinder 125cc motorcycle engine. Each parent-child pair works together with an instructor who carefully shows them how to disassemble and reassemble the engine one step at a time, after which the completed engine is mounted in its frame. To conclude, the engine is then kick-started to confirm that it was properly assembled. Sometimes the engines don’t start on the first kick and students have to work up a sweat, but when the engine bursts to life there are smiles all around.
As the Yamaha employee in charge of this program says, “We’ve only just gotten started, but I believe the buildup and results from these kinds of activities are what will support the Yamaha of tomorrow.” Step by step, Yamaha is continuously looking and trying new ways to keep that initial interest in motorcycles among youths strong. 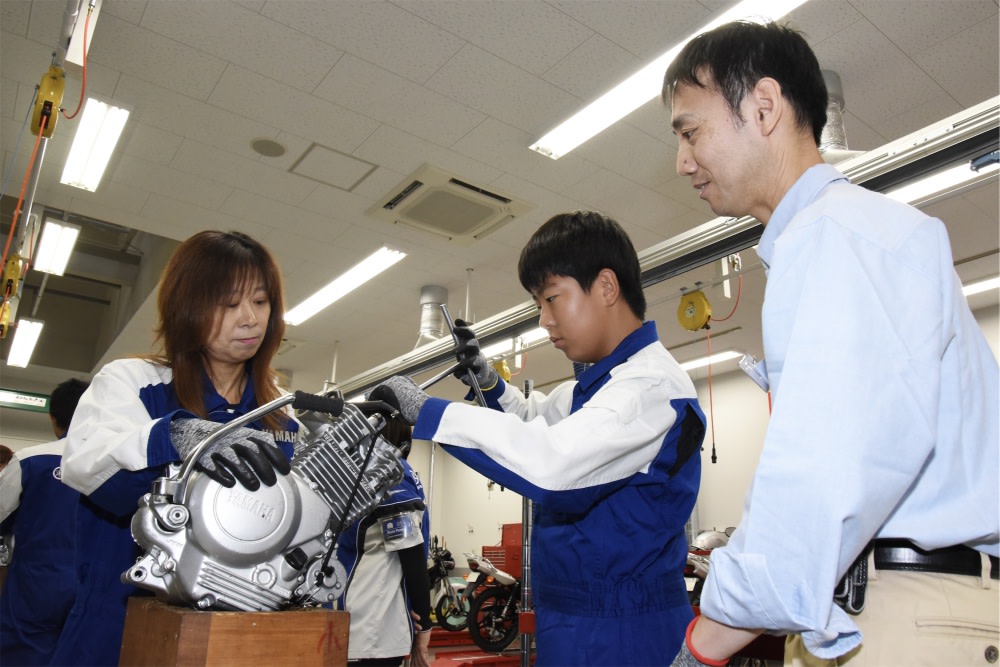 Creating the Incentive to Go for a Ride

In recent years, motorcycle demand in Japan has amounted to approximately 370,000 units annually, but this represents nearly half the figures seen in the early 2000s and the market remains stagnant.
So Yamaha turned its eyes to people who have licenses but simply aren’t riding. Many of these “dormant riders” are young people who went so far as to get a license but never bought a motorcycle. Or middle-aged and older people who used to ride but stopped after entering the workforce or getting married but are keen to start riding again. Yamaha investigated the causes and reasons that were keeping these people from getting on a motorcycle.
What emerged was that many of these riders were afraid of heading out by themselves on public roads, so Yamaha established our Riding Lessons for Adults with a number of ideas to help them overcome their anxieties. A curriculum heavily emphasizing basic riding skills combined with polite, friendly instruction, making rental bikes available for the course and more has made this program such a success that the number of applicants exceeds the space available at each one held around the country. In particular, the class that culminates with a short touring ride on public roads after the riding lessons has become very popular. These classes are now in their fourth year and work to build on the program is underway, such as offering a new class open exclusively for young riders.
For those riders hesitant to buy a bike due to no place to park it at home or financial circumstances, Yamaha is running its Yamaha Bike Rental service nationwide. With operation managed directly by Yamaha for added assurance, an easy reservation system, a comprehensive insurance scheme, and plenty of different models to choose from, more than 10,000 people registered for membership in the first year alone. And 60% of the riders renting models in the 125—400cc range in particular are in their late teens and twenties, making the future for Japan’s motorcycle industry look a little bit brighter.
Whether buying or renting, Yamaha wants to grow the number of riders so that more people can experience Kando. That’s the end-goal behind how Yamaha Motor works to create demand. 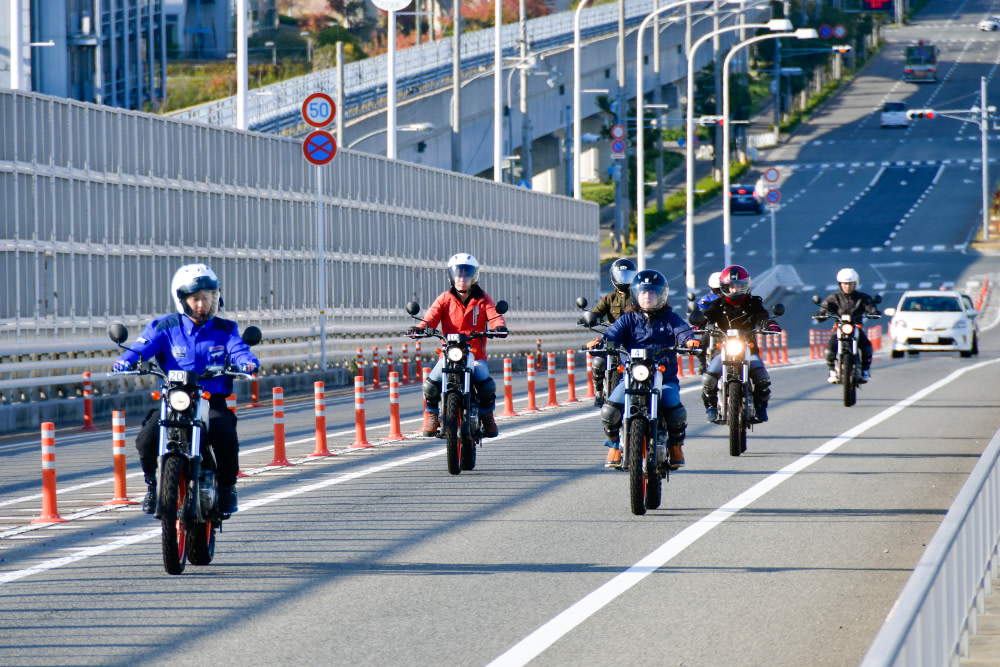 With our Riding Lessons for Adults, participants practice in a closed area to build confidence before going on a short touring ride together with their instructors. For many participants, this is their first time ever riding on public roads. 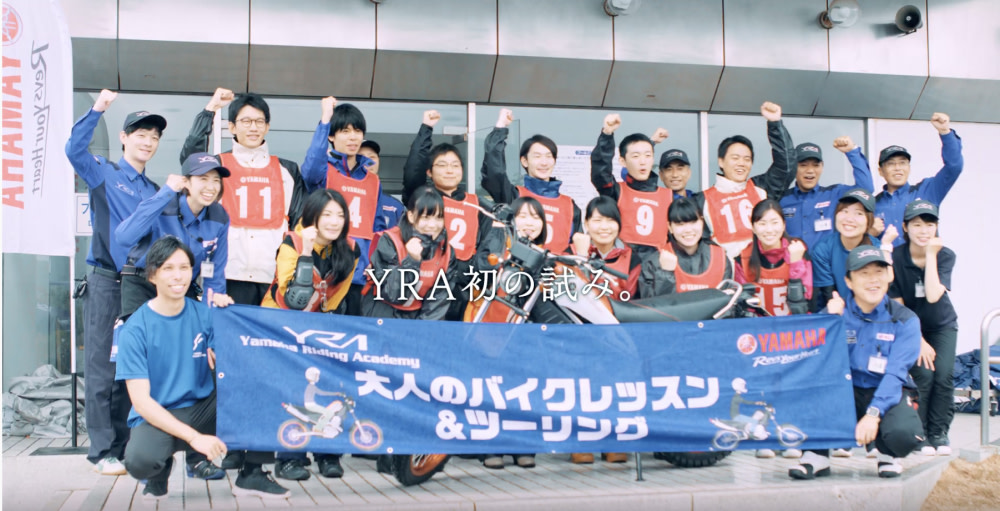 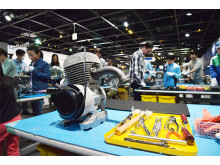 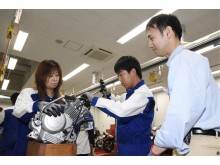 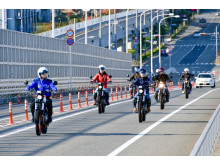 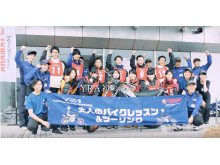 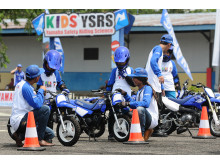