Scandinavian langoustine (aka Norwegian Lobster, Dublin Prawn or scampi: Nephrops norvegicus) is popular on French and Spanish Christmas menus. Langoustine represents the third most valuable fishery in the North Sea, and is particularly important to Denmark, Scotland and Sweden, and catches are rising in Norwegian waters. In 2015, 195 tonnes of langoustine were collected from Norwegian waters with a revenue exceeding 25 million NOK. Creel fishing for langoustine is also popular among Norwegian recreational fishers.

But how about jellyfish for dinner? Jellyfish are currently eaten in China and Japan, raw or as a salad ingredient. In Europe, jellyfish are being promoted as a sustainable seafood, and their consumption as a means of dealing with growing jellyfish blooms. Jellyfish blooms have increased in some regions, specifically Norwegian fjords, and are thought to result from a combination of water column darkening, and potential overfishing, eutrophication, coastal development, and ocean warming. Jellyfish blooms have had negative economic impacts such as fish death in aquaculture facilities and interference with marine infrastructure.

Delicious as langoustine are on our tables, few of us think about what they are eating on the sea floor. A study published in Nature Scientific Reports (http://rdcu.be/A7wk) demonstrates that jellyfish can contribute significantly to langoustine diets in Norwegian fjords. The discovery was made using an underwater camera lander, baited with the helmet jellyfish (kronemanet), Periphylla periphylla, and sent to a seafloor depth of 250 m in Sognefjorden, Vestlandet. The kronemanet is responsible for many of the jellyfish blooms on the Norwegian coast, and this study examined the consumers of carcasses following mass jellyfish bloom die offs on the seafloor. Common scavengers such as hagfish, squat lobsters, and shrimps were found to feed on the jellyfish, but marine biologists (Kathy Dunlop, Akvaplan-niva, Tromsø; Daniel Jones, National Oceanography Centre, Southampton; and Andrew Sweetman, Heriot-Watt University, Edinburgh) were surprised to find langoustine quickly consuming the jellyfish carcasses. This work provides the first empirical evidence of the presence of an energetic pathway between jellyfish and langoustine. The team also calculated that jellyfish carrion can make a high energetic contribution to langoustine diet (between 25% and 10 times their energy requirements, depending upon the size of the jellyfish bloom and the number of langoustine on the seafloor). Jellyfish have historically been considered a dead end in the marine food chain, i.e. energy or nutrients that enter jellyfish are not transferred to other marine animals. But this work provides evidence that jellyfish can make a significant contribution to the diet of other marine animals, and even help support a commercial fishery.

This work is part of the JellyFarm and EFFECTS projects, which are providing significant new information to our understanding of scavenging in Norway and Svalbard`s fjords. Scavengers play an important role in the marine environment by processing and dispersing carrion that falls to the seafloor. Most scavenging studies have been conducted in the open ocean, and often to abyssal depths (> 2000 m), and knowledge of the fate of carrion in fjord ecosystems is quite limited. A second article by the JellyFarm team in the international journal of Limnology and Oceanography sheds new light on how scavenging dynamics on jellyfish carcasses vary across a depth gradient down to 1250 m in Norway`s deepest fjord, Sognefjorden.

Another important scavenger identified in these studies is one of Norway`s most commercially important species, the Atlantic cod (Gadus morhua), and is one of a number of species experiencing a poleward expansion due to warming Arctic sea temperatures. Atlantic cod have been a regular visitor to a baited camera lander deployed in Norway's Arctic fjords (Kaldfjorden and five Svalbard fjords). However, Arctic scavenger communities appeared to consume carrion on the seafloor at a reduced rate in Svalbard fjords where Atlantic cod were present. These studies provide some of the first insights into the importance of carrion in the diets of commercial species, the role of scavengers in Norwegian fjords, and how climate change can impact of scavengers in the Arctic. The JellyFarm project is funded by the Research Council of Norway and EFFECTS by the Fram Centre Fjord and Coast Flagship Program. 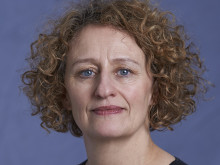