To map plastic contamination levels in the Nordic Seas, scientists from NIVA and Akvaplan-niva have investigated samples of 5 marine bivalve species from 100 locations from the North and Baltic Seas to Svalbard and Greenland. The results show large geographical differences in the distribution patterns of microplastics in filter-feeding animals living on the seafloor. The findings are presented in a new report published by the Norwegian Environmental Agency on behalf of the Nordic Council of Ministers.

While microplastic contamination was high in harbours and other urbanized areas like Oslofjord, concentrations in blue mussels from Svalbard were below the level of detection. Co-author Claudia Halsband (Akvaplan-niva) is not surprised that the most remote areas have the lowest microplastics levels, but she also knows that human settlements nonetheless represent significant point sources of microplastics contamination in Arctic areas. Together with colleagues from Akvaplan-niva, NILU and IMR she studies what happens with microplastic fibers emitted in local wastewater effluents in Longyearbyen (Svalbard) into the adjacent Adventfjord. This project was funded by the Fram Centre 'Plastics in the Arctic' research program. "Millions of microplastic particles are emitted into the fjord on a daily basis" she says, "mainly from fleece clothing and other domestic sources. With the help of hydrodynamic models, we found that fibers are transported within and out of the fjord, although microplastics are often buoyant and float on water. Due to turbulence many of them get mixed into the water column and reach the bottom of the fjord, providing exposure pathways to pelagic and benthic organisms."

Also, in the survey black rubbery particles, possibly derived from car tires, were found for the first time inside blue mussels. Halsband has studied the toxicity of crumb rubber made from end-of life car tires with colleagues from NILU, IMR and Sintef Ocean. This was the focus in the Fram Centre project MARS (Microplastics from artificial sports pitches: composition, degradation and biological interactions). In this project the scientists found that concentrated leachates of crumb rubber induced high mortalities in two species of planktonic copepods. "This is a category of microplastics that contains a cocktail of contaminants and needs more attention" she says.

The survey across the Nordic Seas showed that mussels, especially Mytilus spp., Limecola balthica and Abra nitida are suitable indicators of microplastics in Nordic waters, but these are largely absent from the high Arctic. To include Arctic systems in monitoring efforts, there is a need to identify analogous Arctic species with high abundance, widespread distribution, and suitability for microplastics detection.

The study was published on behalf of Norway's Environmental Agency (Miljødirektoratet), funded by the Nordic Council of Ministers. 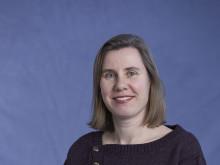 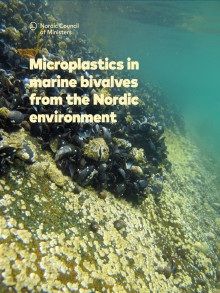