Can a cat be solid and liquid at the same time? How does a fetus respond to music in the mothers vagina? and How does the ability to lie change within a lifespan? The Ig Nobel Prizes are awarded every year for ten achievements that "first make people laugh, and then make them think". Meet three of the laureates. Watch the event at su.se/play.

Marc-Antoine Fardin, winner of the Ig-Physics prize, for using fluid dynamics to probe the question "Can a Cat Be Both a Solid and a Liquid?".

Bruno Verschuere, winner of the Ig-Psychology prize, for asking a thousand liars how often they lie, and for deciding whether to believe those answers.

What is the Ig Nobel Prize?

"The prizes are intended to celebrate the unusual, honor the imaginative, and spur people's interest in science, medicine, and technology", Marc Abrahams, editor of Annals of Improbable Research and co-sponsor of the awards. What is the Ig Nobel Prize?

More on the subject

The Ig-Physics prize: Read more about Marc-Antoine Fardins research in "On the Rehology of Cats" 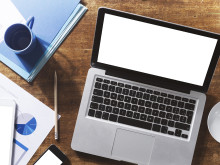 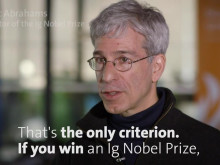