Last week the “Remote sensing” fieldwork in the MALINOR project started at Varanger-halvøya in the eastern part of Finnmark county, Norway. Drone-pilot Lars Semb from Maritime Robotics and Frank Beuchel from Akvaplan-niva participated in the fieldwork. They mapped 3 beach locations in the proximity to the city of Vardø, using Multicopter-drones, operated by project partner Maritime Robotics. The beach localities had been chosen in collaboration with SALT Lofoten who is responsible for the on-ground identification of plastic litter in the MALINOR project (Mapping marine litter in the Norwegian and Russian Arctic Seas). The MALINOR project is financed by the Research Council of Norway.

The “Remote sensing” part of the project will compare different methods for visual mapping of plastic litter in beach areas. For this purpose we will utilize satelite images, multicopter, and wing-drones. In addition we will develop procedures for automatic image management, machine learning as a tool for quantifying marine litter. 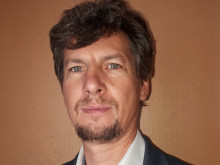