In its ongoing effort to empower women globally, premium sportswear brand Power Woman is proud to announce the addition of several industry experts to the team. Each bring documented strengths from their respective areas of expertise to enable the brand's international growth.

Carina Pagoldh is an experienced designer with a background in the sports fashion industry. Her strong educational background is complemented with extensive experience from working as a design and product manager. She's specialised in golf apparel and gym wear and has provided exclusive riding collections for PS of Sweden. Her aim at Power Woman is achieving the highest quality and the best possible fit for the female body.

Desiree Blomberg is born and raised in the USA. Her personal motto at Ironman races is "Never without a lipstick", which is what she puts on right before the finish line. At age 54, with four children and three grandchildren – and with experience from sales and marketing in addition to her work as a personal trainer and group instructor – she is the perfect Club Manager for Team Power Woman Athletic Club.

Helen von Bahr brings +15 years of experience from business development and internationalisation to Power Woman. Former workplaces include Highlight Media Group, Klarna and – and as a former board member – Elodie Details and Rapunzel of Sweden. She has solid track record of managing and motivating individuals and teams, as well as executing on strategies and creating growth.

Carolin Östlund has a background in retail with +14 years of experience, where customer relations have been the main focus areas. She is passionate about providing a world-class customer experience – all while exceeding expectations throughout the entire customer journey.

Ämine Fortas has +4 years of experience working with social media and public relations. Former workplaces include media agency MenWith with + 10m followers on social media with the role of head of PR and Project coordinator where she project led campaigns and distribution on MW social media channels for brands like D&G and Adidas on a global level.

Anna Wretling, serial entrepreneur and founder of Power Woman is often called a pusher of boundaries. She is an extreme athlete, who started training at the age of 38 and since then – within only a few years – has managed everything from a marathon to fighting her way up to the Gaustatoppen summit. The aim with PowerWoman and Team Power Woman Athletic is to inspire and elevate women, instill courage and to dare them to challenge themselves.

– We are definitely on fire right now, with lots of great things happening at once. Our foundation is in place and we are ready to make a serious move into international markets. The truth is that the slow-moving Swedish market has never been our end destination, says Power Woman founder Anna Wretling, who continues:

– Power Woman's limited collections are selling out at a fast pace and we're experiencing a clear demand from athletes as well as from influencers around the world. E-com is our primary medium, and our highly scalable brand is perfectly suited for global growth. Now we also have an amazing team in place to build our brand internationally.

Being bold and pushing boundaries are more than empty words for the founder of Power Woman, a mother of two who has completed several of the world's most extreme triathlon races. And though Anna Wretling is seriously disturbed by the fact that less than 1% of Swedish venture capital is awarded to female entrepreneurs, Power Woman is doing exceedingly well. The brand's international growth effort is partly funded. Not only has the company acquired key expertise, but also launched a brand-new e-commerce platform that is primed for growth.

–  On top of that, we are putting an enormous effort into our production and logistics processes. The team has been strengthened within marketing and design, and the Athletic Club has the perfect Manager. We are also excited about the Recycled collection that is ready to launch later this year. We couldn't be more ready for this, adds Anna Wretling.

Power Woman is a Swedish high-end sportswear brand. Power Woman design sports apparel that are perfect for the female body and extensively tested by the world's top female athletes. The apparel combine fashion, fit and sports in one. Behind the brand stand entrepreneur and triathlete Anna Wretling who´s passion is to empower women through the brand and through the sports community Team Power Woman Athletic Club.

Team Power Woman Athletic Club is a team of individuals whose drive, and main goal is to support each other. Founder, serial entrepreneur and triathlete Anna Wretling wanted to create a loving community where everyone always feels welcome. It’s not important if you are a professional or a beginner. ”- The only ”requirement” I have, is that we are kind to each other” says Anna. 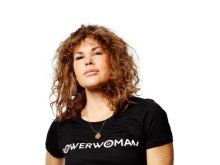 From Preventive Cancer Surgery to the Birth of a Sportswear Brand

Swedish premium sportswear brand Power Woman have its sights set on international expansion. The brand's limited collections are selling out quickly and the company is experiencing a clear demand from athletes and influencers around the world. This demand is now ready to be met thanks to newly acquired expertise, improved production and logistics, and a modern e-commerce platform.