It was with an enormous excitement and relief when I read the words "Decision: accepted" in the email from the journal a while ago.

It has been a long road to get this manuscript out for publication and finally we got to the finishing line. The scientific race really is a bit like running a marathon at times. When the postdoc (who was a PhD student at the time) started this project four years ago we were quite likely one of the few labs in the world that had connected the dots, and we set out to explore if a group of newly discovered lipid derivatives had pain-resolving effects. Our studies confirmed our hypothesis and the results were striking! Better than anything I had seen in my newly started lab. Runners high! But just as we were starting the last 10 km countdown, with the goal to keep our position in the front, someone better equipped and very well trained came up from behind and passed like a flash light. The study from our “competitor’s” lab showed the same results as our work did, and they published this in a very prestigious journal. It made us “hit the wall”. “Being scoped” is the scientific jargon for this.

We ran out of energy and all of a sudden it seemed very far to the end. We had to slow down for a while, to gather new energy and ideas on how to expand our study, and to come to terms with the fact that we would not be first to cross the finishing line. Sitting here with the words “Decision: accepted” from a very good, but not top of the line, journal, I know that it is still worth the hard work. I am proud of the fact that we kept fighting and despite the unexpected hill continued to push. We put our hearts in to this project and from the bottom of despair we decided to explore new directions. Once more, we confirmed our hypothesis with successful experiments proving that our findings are important and point to one potential route one could take when developing new pain-relieving drugs. Even if we were not first to show this we still contribute with new information and confirm that the “break-through” report has merit. After all, it is better to make it all the way to the end of the course, than to stop half way… and hopefully we are in a better shape for the next race! 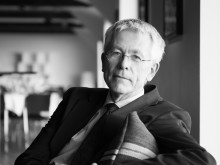 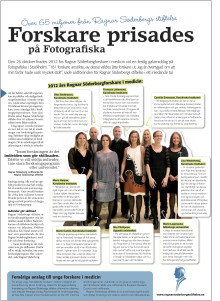 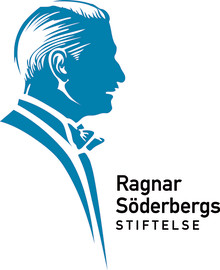 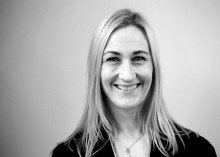 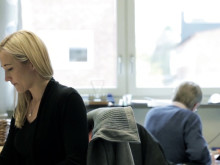