“Brynjar Sigurðarsons´ work has strong roots in two of the fundamental elements of Icelandic heritage, namely storytelling and fishing. The authenticity of his work springs from the ability to connect with the past but at the same time stand firmly in the present where international influences and new opportunities have greeted him. Brynjar´s ability to collaborate with people from different disciplines such as fishermen, filmmakers, writers, musicians, archeologists and crafts people is a key factor in all his work. His curiosity and honesty comes across in his products and projects which can be described as a ´Nordic take‘ on design tendencies in Europe.”

-Getting the Torsten and Wanja Söderberg Prize is a remarkable recognition for me, to be shown support in such a way is quite unique. It is a sign for me to keep on doing what I’m doing, says Brynjar Sigurðarson. In many ways the award is a game changer, helping me to take my practice further, to build our studio and to grow and nurture more exciting projects.

Brynjar Sigurðarson (b 1986), born in Reykjavik, Iceland, is a designer and artist currently based in Auriol, South of France. He studied product design at the Icelandic Academy of the Arts and graduated from the master program at ECAL, Lausanne, Switzerland. Alongside his personal work, together with Veronika Sedlmair, Sigurðarson runs a Icelandic- German design studio.

Since 2011 he has been creating a body of work driven from theatrical and natural references. His practice often draw on anthropology and geology, through using various media such as drawings, photography, video, sound and objects.

In November 2015 a book was released about Brynjars work by the independent Dutch book publisher Onomatopee, arranged by the curator and design writer Sophie Krier and the graphic designers ÉricandMarie. The book includes a recording, narrated by Brynjar, with stories collected throughout his journeys.

Sigurðarsons’s documentary, Borgþór Sveinsson, was presented at the Art Film Festival in Den Bosch, Holland and was recently acquired as part of the permanent collection of MAK, Vienna.

The Torsten and Wanja Söderberg Prize Exhibition 2018: Brynjar Sigurðarson
This autumn, the Röhsska Museum will display an exhibition about and with this year’s prize-winner. The date of the opening will coincide with the re-opening of the museum and be announced during the summer of 2018.

The prize amount, SEK 1 million, funded by the Torsten Söderberg Foundation, makes the award the world’s biggest design prize.The purpose of the prize is to promote art, crafts and design in the Nordic region and to strengthen Nordic collegial partnerships.

The home of the Torsten and Wanja Söderberg Prize is Röhsska Museum in Gothenburg, and it is awarded annually at a ceremony on 4 November, Torsten Söderberg’s birthdate.

Read more about the prize at and previous prize-winners at
http://rohsska.se/en/t-w-soderbergs-pris/tidigare-prisvinnare/


Röhsska Museum
Since it opened in 1916, Röhsska Museum has been Sweden’s only specialist museum for design and decorative arts.The collections span a richly varied field and include ancient Egypt and China, the Swedish eighteenth century, international Modernism in the twentieth century and our own time.It houses art, industrial design and fashion, as well as interesting specialist collections such as Japanese woodcuts, bookbindings, posters and folk textiles.The museum’s objects talk of creativity, a desire for expression, styles, fashion and artistic ideals during different epochs and in different parts of the world.

Röhsska Museum is part of the City of Gothenburg’s cultural administration and works to touch, inspire and meet the public in accordance with the aims of the City’s arts and culture policy.

Röhsska Museum is temporarily closed to visitors and will reopen during the autumn of 2018. 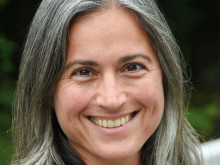 Invitation: Interview with Brynjar Sigurðarson – This year’s recipient of the Torsten and Wanja Söderberg 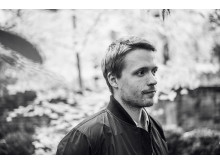 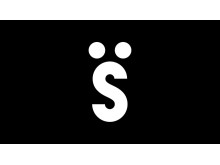