Shimmering like a jewel in the Stockholm night, with spectacular views of the city, a magnificent new office called simply ROOFTOP is emerging. Well, it’s not built yet, but in 2017 two top-modern, open-plan floors will rise above the six-story building, now called Fleming7, in the heart of town. So how do you promote a dream office that’s not yet built? That was the task given to Open Communications by the owners of the building.

Located just a stone’s throw from Stockholm’s Central Station, ROOFTOP is clearly in a prime location – a key competitive advantage. And with its sweeping views and massive terraces, one of which runs 74 meters, it was easy to see why the building would appeal to companies in the creative business.

Dreaming big under an open sky
“We wanted to build a story around the ‘rooftop’ theme that would elevate the benefits of this new property,” says Håkan Fagerstedt, Creative Director at Open Communications. “Fortunately, the owners had very high ambitions and gave us a lot of creative freedom. For us, a natural starting point was the sense of being up high close to the clouds. We also wanted it to feel a bit magical,” he says.

Getting the story out in all channels
To package the message and give potential tenants a flavor of the soon-to-be built ROOFTOP, the team at Open developed an integrated kit of online and offline marketing material. Deliverables have included short films running on a dedicated building project website, in real estate newsletters and websites, the Arlanda Express airport train as well as digital displays at Stockholm’s Central station and social media channels. The whole idea was to create the feeling of being productive in a creative space, working effortlessly.

Design your office - your way
The total working space, which measures 1,472 square meters, has generous ceilings and large horizontal windows in the international style. The 669 square-meter eighth floor is designed to accommodate 40-60 workspaces and can be customized to fit a customer’s specific needs, while the seventh floor, with 803 square meters, is designed for a company with 50-70 workspaces. All of the facilities are equipped with the top modern conveniences and include access to a gym, restaurant and conference facilities, with a reception desk on the ground floor.

Attracting talent, building pride
“In today’s world of creative tech companies, a lot of work is done on the fly. Still, having a workspace that captures your company’s culture, attracts talent and even builds pride is important,” says Daniel Askergren, Account Director at Open. “You hear a lot of talk about virtual offices, but then we see companies like Google, Apple and Facebook create stunning work spaces. Why? Because it can create a sense of pride for employees and serve as an attractive selling point to recruits. Nobody wants a traditional conservative office with florescent lights, bare beige walls and cubicles.” www.fleming7.se/rooftop

Prior to publication, it must be approved by Open Communications AB. 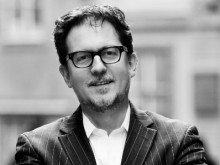 David is an ex-pat American who founded Open Communications in 2000 to support consumer brands like H&M, Ericsson,... Show more 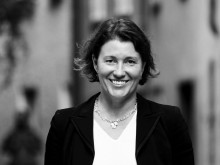 Gunilla is responsible for overall management of Open as well as strategic branding and marketing communication work with key... Show more

Open Communications is delighted to announce that Daniel Askergren has joined its Stockholm creative hub as Senior Account Director. From strategy to brand activation in multiple channels, he brings deep knowledge of both B2B and B2C brands with more than 15 years of international experience. We're delighted to have Daniel joining our growing team. 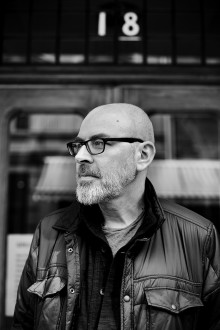 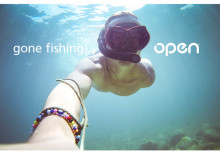 Hello summer! Hello new global brands! Thanks for a record first half of 2017.

Summer greetings from Open! We want to thank both new and old customers alike for making the first half of 2017 a record and exciting run. We feel privileged to work with such an ambitious group of global brands together with a team of talented, fun and highly motivated Openers. We're closing our office in late July, but reopen Monday, July 31st. See you soon and have a fabulous summer vacation! 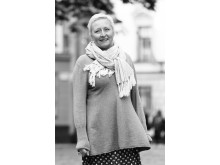 Maria joins the agency with 27 years of experience in the business, so there are few types of projects she hasn’t done or can’t handle. M... 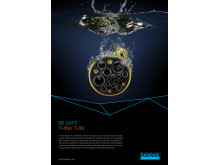 In an innovative twist, Sandvik is portraying some of its most innovative tube, wire and other products plunging to the depths of the oce... 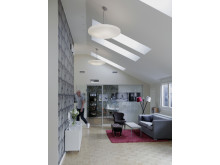 It's true. Light, sky and space are magical. After many years in Stockholm's scenic Old Town, our multicultural team of brand strategists... 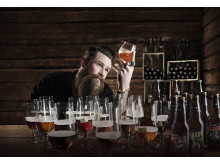 Industrial separation is used for so many things in life - beer, olive oil, chemicals and more. But what if you're the world leader in th... 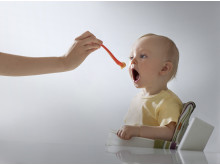 Sometimes its the smallest customers that have the highest demands. Sensitive to particular flavors, they need their food to be the right... 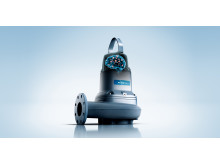 With today's exploding urban populations, the need for smarter ways to transport wastewater is greater than ever. New thinking and techno... 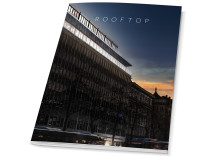 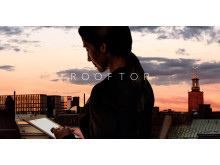 Open is selected to help ... 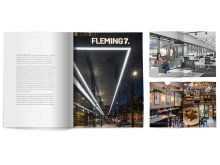 How do you promote the ul...

You need a great location, a vision, a good story and atmospheric sketches and photos that bring the property to life. Developing a story... 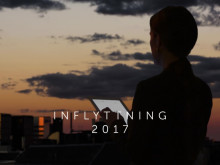