A bit of fun to follow the serious focus on yesterday’s Budget we're running a music poll with Colchester Classics. Simply let us know what is your favourite symphony ever written with a few words on the reason for your choice - and three lucky winners will get a pair of top tickets to see the Philharmonia Orchestra perform Beethoven’s 9th at the Royal Festival Hall on 27 September.

Following our small business day last month, we have teamed up with Colchester Classics to run this exercise. The idea for the competition also sprang from the results of a national poll we ran last month which revealed that classical music still plays an important role in many people’s lives today. One in eight Britons said classical music was the genre of music they turned to in order to give them a lift or an escape from the challenging economic times they are going through. Further, classical composers featured when people were asked which artists and composers represented the best of British in Olympic Year. For the over 50s, Edward Elgar was just 1% off top place.

For each of the three most popular symphonic choices, there will be a prize draw for a pair of tickets to the Royal Festival Hall for 27th September. Colchester Classics, who will run the prize draw will be sharing details of prize draw Ts&Cs in their April and May newsletters.

To enter, simply email your answer with some comments on your top choice symphonic work to us at info@elephantcommunications.co.uk or contact Colchester Classics at info@colchesterclassics.co.uk  A bit of fun for spring and we’ll share news on the top 10 choices in June.

Prior to publication, it must be approved by elephant communications. 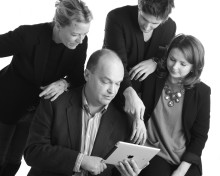 New PR consultancy elephant communications this week announces the launch of 22 new services that will focus on delivering fresh thinking for a changed world.

elephant communications has become a new corporate member of the Philharmonia Orchestra for 2012-13, joining the orchestra's growing support base from the business community, including the likes of Palamon Capital Partners; Robert Bosch Ltd and Fenwick Ltd. 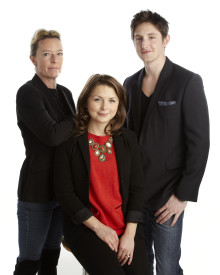 One in four adults say they use social media and tablets to follow current affairs and the news, although there are mixed views about brands that use Twitter to communicate with consumers, according to new research from elephant communications.

Following news today that the closing Olympic ceremony will feature an mash of British music from Elgar to Adele, results from an elephant communications poll conducted last week among 2,000 adults reveals the musicians and composers that would make people feel good about being British this year. 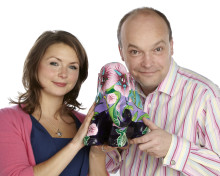 Almost seven in 10 Britons allow themselves treats despite the fact that the majority of householders say they are worse off each month than they were a few years ago. As many adjust their finances and coping strategies to the economic slowdown, many people still look forward to some choice treats.

Community investment: Supporting the arts in 2012

As part of our Community Investment programme, for 2012 we will be supporting the Philharmonia Orchestra's education work.