Hologic, Inc. has announced that the ThinPrep® Genesis processor for cytology slide and molecular test preparation has received a CE IVD mark in Europe. The system features increased automation capabilities, together with ergonomic and chain of custody benefits, compared to older instruments. Most importantly, the instrument will prepare slides for cytology as well as aliquot samples for molecular testing, reducing manual sample handling.

The Genesis processor is the latest extension of the ThinPrep portfolio, which revolutionized and increased the accuracy of cervical cancer screening with the first liquid-based Pap test in 1996. Hologic launched an updated ThinPrep® 2000 processor in 2017 and received FDA approval in 2018 for the ThinPrep® Integrated Imager, which guides cytotechnologists to areas showing potential abnormal cells. Studies have shown that automated, assisted imaging can increase the sensitivity of detecting suspicious cells compared to manual slide review.1-4

“The launch of the ThinPrep Genesis processor reflects our ongoing commitment to helping our lab customers deliver accurate and reliable results to clinicians and patients, while maximizing their operational efficiency,” said Jan Verstreken, Hologic’s Regional President, EMEA and Canada. “Over the last 30 years, mortality from cervical cancer has fallen significantly in the developed world, largely due to screening programs that identify abnormalities before they become cervical cancer.”

About Cervical Cancer and Pap+HPV Together
Hologic is a leading supplier in Europe of Pap tests (ThinPrep) and HPV tests (Aptima®). These tests can be used on the same sample to screen for cervical pre-cancer and cancer (independently or together for co-testing: Pap+HPV together).

Data from 2018 indicate that in Europe, more than 60,000 women were diagnosed with cervical cancer and approximately 25,000 died from the disease.5 Before introduction of the Pap test, cervical cancer was the leading cause of cancer-related deaths for women in Europe, but now ranks 9th in frequency.5

About eight out of 10 women will contract HPV, the virus that causes cervical cancer, at some point in their lives, but most of the time the virus goes away. In some cases, however, it can remain and promote development of cervical cancer. For women between 30 and 65, the co-testing screening approach has been shown to detect 95 percent of cervical cancer cases.6 Screening with both tests also prevents more cases of pre-cancer than either test used alone.6 In fact, the largest retrospective study of cervical cancer testing strategies found that one out of five cases of cancer was missed when the HPV test was used alone.6

More information about the value of co-testing is available at PapPlusHPV.com.

About Hologic
Hologic, Inc. is an innovative medical technology company primarily focused on improving women’s health and well-being through early detection and treatment. For more information on Hologic, visit www.hologic.com.

Forward-Looking Statements
This press release may contain forward-looking information that involves risks and uncertainties, including statements about the use of Hologic’s diagnostic products. There can be no assurance these products will achieve the benefits described herein or that such benefits will be replicated in any particular manner with respect to an individual patient. The actual effect of the use of the products can only be determined on a case-by-case basis depending on the particular circumstances and patient in question. In addition, there can be no assurance that these products will be commercially successful or achieve any expected level of sales. Hologic expressly disclaims any obligation or undertaking to release publicly any updates or revisions to any such statements presented herein to reflect any change in expectations or any change in events, conditions or circumstances on which any such statements are based.

Hologic, ThinPrep, Aptima, and The Science of Sure are trademarks and/or registered trademarks of Hologic, Inc. in the United States and/or other countries. 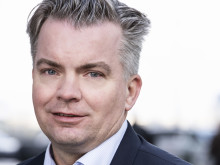 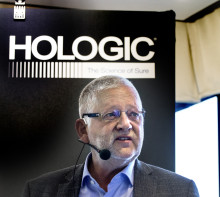 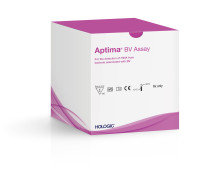