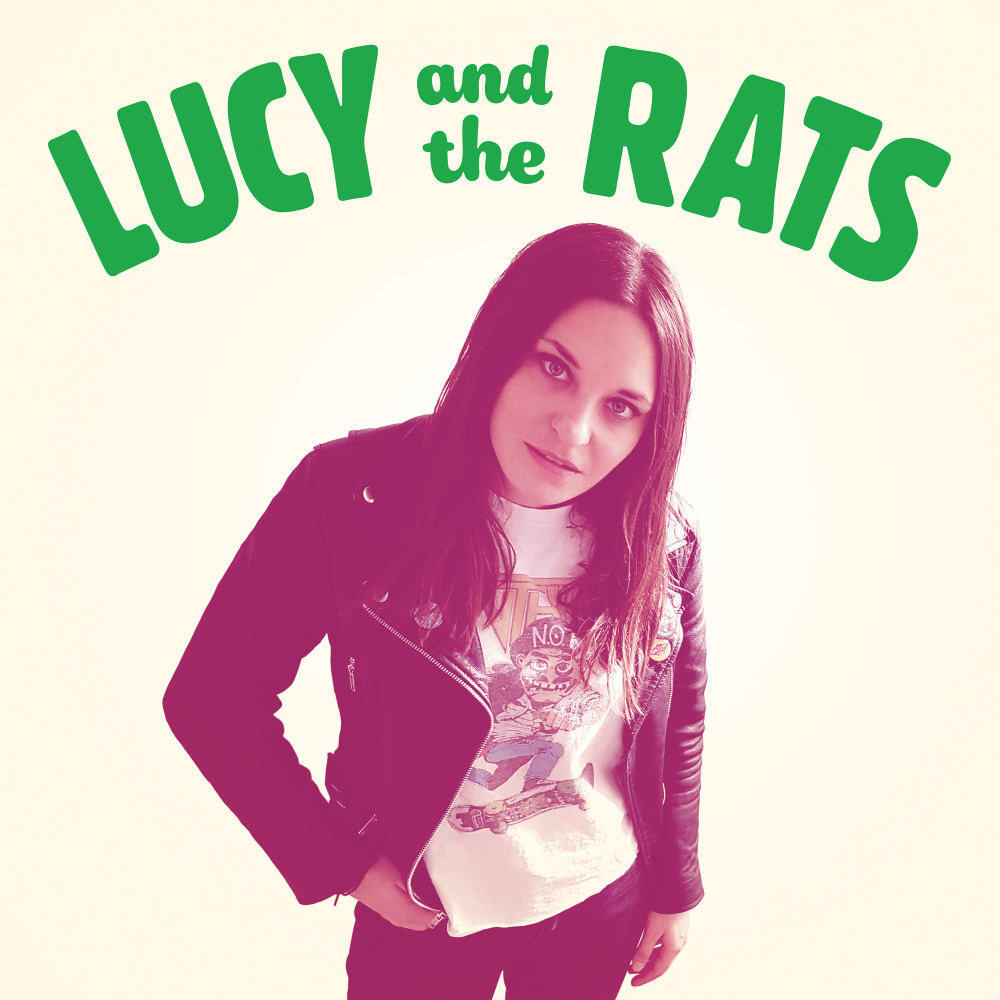 LUCY AND THE RATS is the new band from now London based singer/guitarist Lucy Spazzy, formerly one third of Australian punksters The Spazzys. Once settled in London in 2015, she set about assembling a new band being “bored of playing at home by herself”, subsequently linking up with guitarist Joe To Lose (Los Perros, Johnny Throttle), bassist Mike Cannibal (Animal Cannibal), and drummer Manu (Thee Tumbitas). A pair of ear grabbing singles followed as the band made a stir on the live scene in the Capitol, in turn nationally and all over the world sharing stages with the likes of Buzzcocks and Paul Collins along the way. Produced by Johnny Casino and Jim Diamond (White Stripes, Dirtbombs), their first album is an inescapable tap on the shoulder of the broadest attention and recognition, a sweet sounding proposition so so easy to run off with. 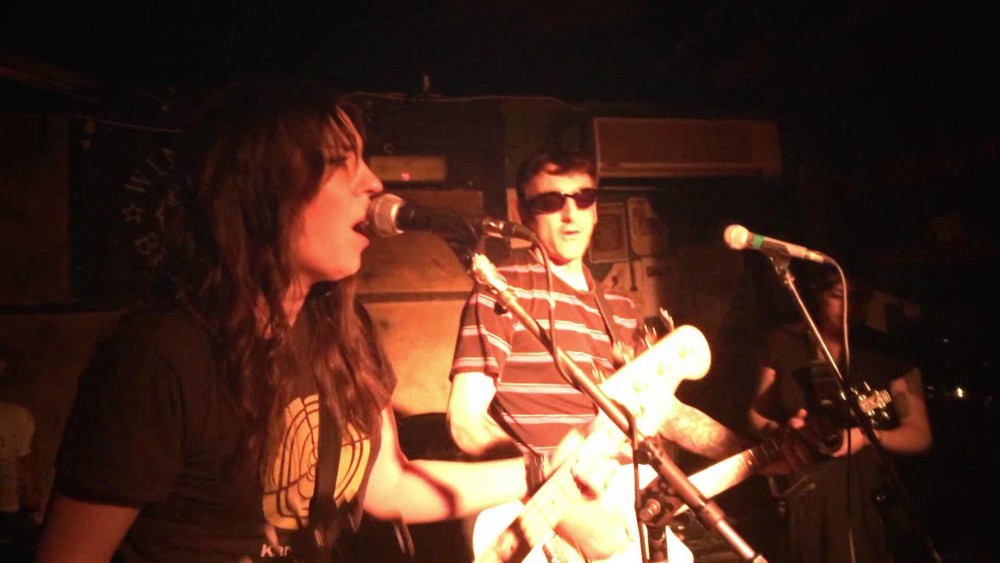 According to Louder Than War: "Melody brims with hope and optimism at opening your eyes and letting your senses drown in new sights and sounds. The melodies and harmonies are bathed in a glowing sun and it is perhaps the poppiest of all the tracks". 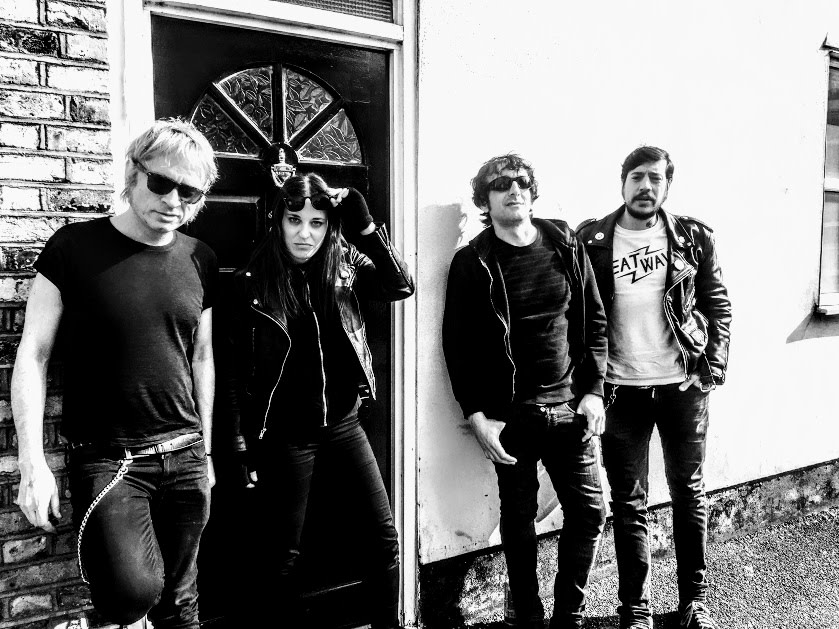 "On their debut album, Lucy And The Rats have created a near-perfect bubblegum-garage pop record that deserves to be a true summer soundtrack." -Louder Than War

"This full-length debut from Lucy and the Rats is pretty much the ultimate power pop record. It's got that hard crunch on the outside with a soft, sweet center. You can land on any track of your choosing and encounter a melody you'll be whistling for days." Faster and Louder

The band’s self-titled debut comes with ten songs and all of them shine brightly with big hooks, jangly guitar lines and the kind of choruses that will be stuck in your mind after just one listen. A big part of the band’s appeal has to be attributed to Lucy’s vocals, delicate and powerful at the same time. Think Blondie, The Primitives, The Darling Buds or – more recently – Best Coast. - Punk Rock Theory

The spiky garage rock up-and-at-em attitude transmits throughout the record, hearing echoes of everyone from The Pretenders to The Divinyls -Pure Rawk

"Fresh and inspiring breath within both pop and punk, indeed rock ’n’ roll we have been yearning for. "Ringmaster Review

Lucy And The Rats debut album is out May 25th (TODAY!) digitally and on CD with Dirty Water Records and on vinyl through Surfin’ Ki Records, Monster Zero Records, and Stardumb Records.

THE MASONICS: Masters Of The Medway Beat Return To Dirty Water Club | The Finsbury Pub

The legendary MASONICS return to the The Dirty Water Club featuring Mickey Hampshire (Mickey and the Milkshakes), John Gibbs (Kaisers, Wildebeests) and Bruce Brand (Mighty Caesars, Headcoats, Holly Golightly). Primitive Blues & Rhythm Stomp from Sir Bald aka Hipbone Slim! He sings whilst strumming guitar, blowing harp and banging drums and other stuff with his feet along with The Voo-Dooms.

After tearing the roof off at Hipsville A Go Go last year the teenage tearaways that are Johnny Mafia are back and ready to rip it up again! Johnny Mafia play​ Weirdsville Friday, May 25 at the Prince Albert in Brighton and Saturday May, 26 at ​The Fiddlers Elbow in London.

A master of "hand-carved" collage, Winston has been crafting his thought-provoking art since the 1970s.

This brand new 7-inch is the first single taken from Lucy, Joe, Manu and Liam’s sophomore album “Got Lucky”, which will follow in spring 2020.

Little has been heard of the elusive, vile FRYD CHIKIN since last October’s 4 a.m. after party set at the Funtastic Dracula Carnival XII. Some say he hijacked the KU Discotheque flying saucer, blasting off on a 70 Mars-day tour of the solar system's outer rim.

Power pop foursome​ Lucy and the Rats present “September,” the latest video from their Got Lucky album out July 5 via Stardumb/Dirty Water.