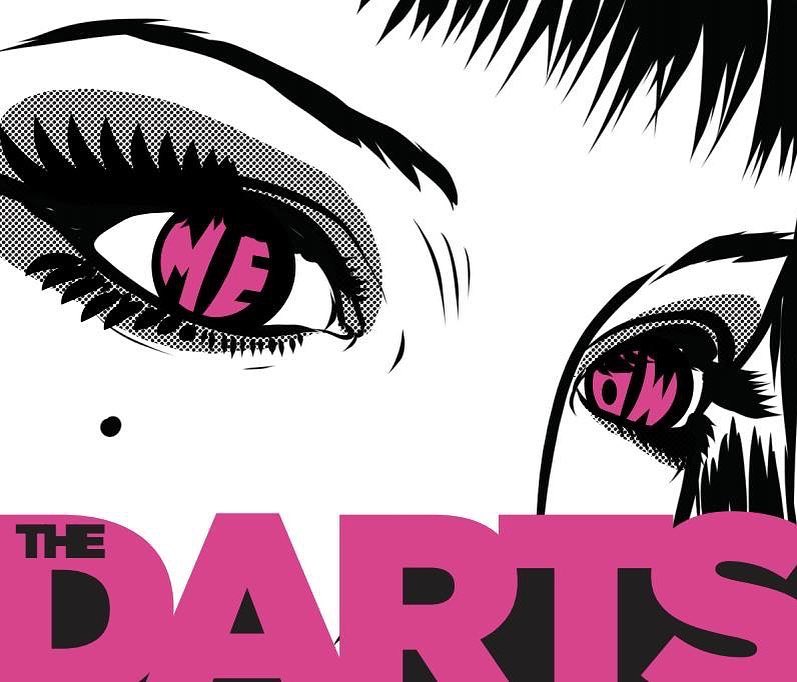 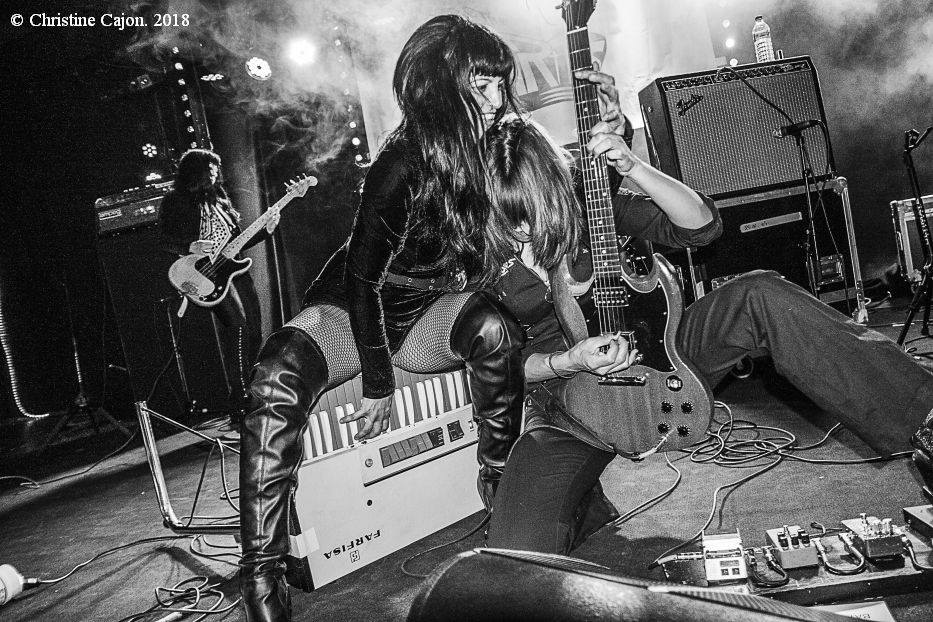 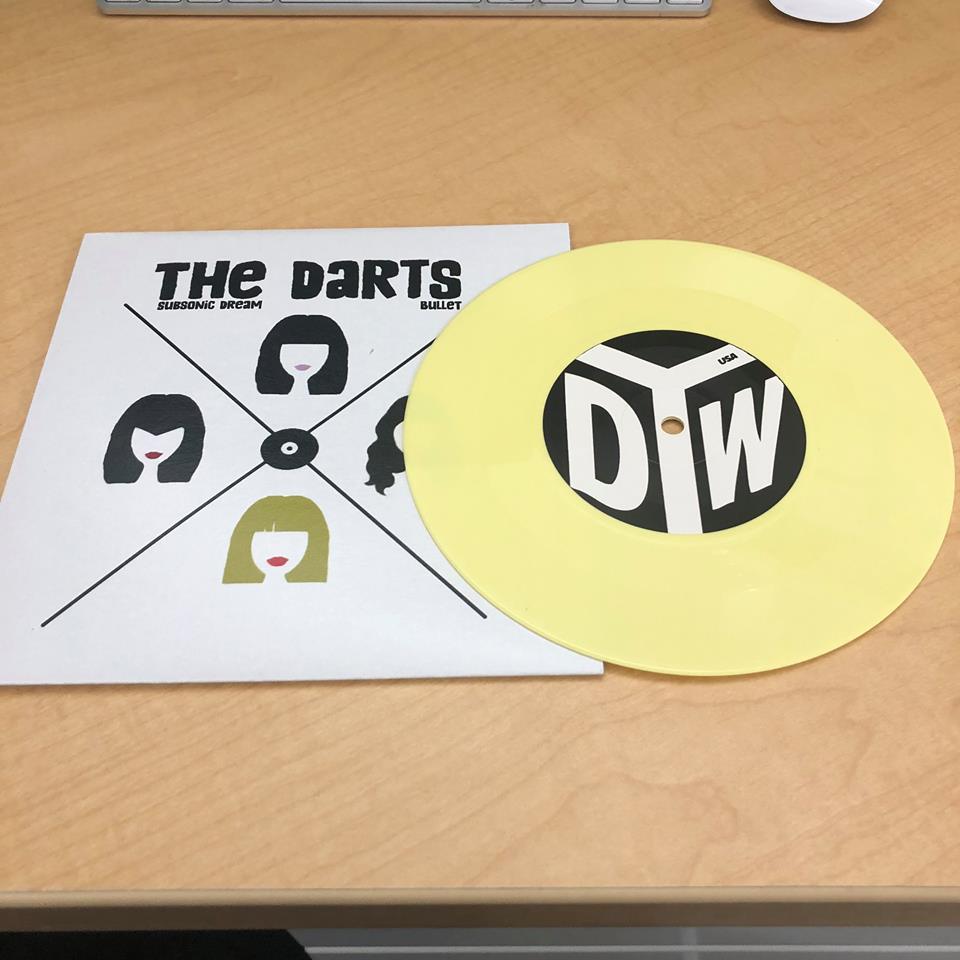 The Darts (US) are a garage-psych-rock super-group that calls both Los Angeles and Phoenix home. The band formed in early 2016 and have exploded all over the music scene since being picked up by Dirty Water Records (after their second ever gig!) and show no sign of stopping their takeover of the planet , having quickly become a well-seasoned touring powerhouse with multiple US and European tours already under their belts. 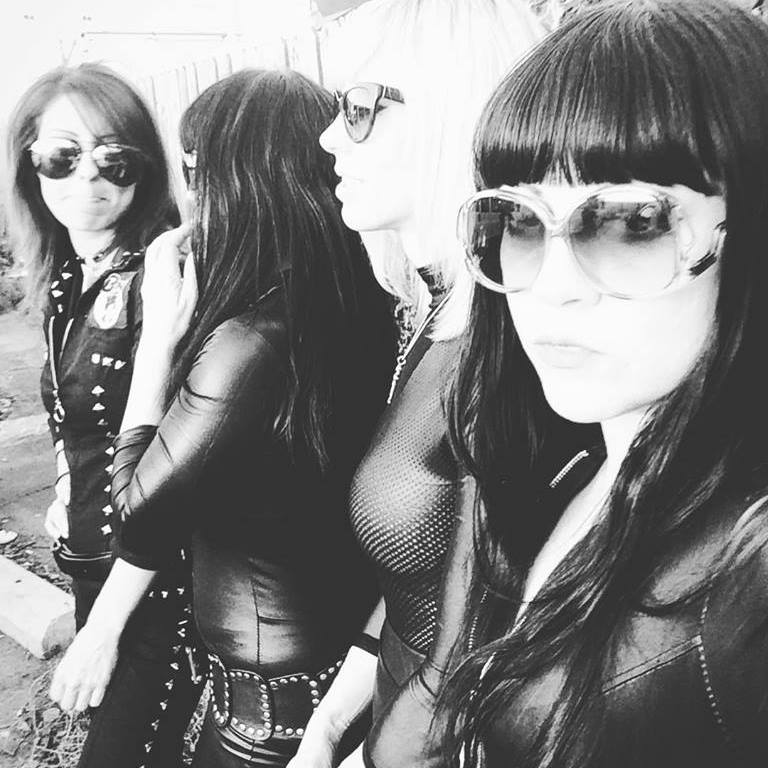 Nicole Laurenne (The Love Me Nots, Motobunny, Zero Zero), Rikki Styxx (The Two Tens, The Dollyrots, Thee Outta Sites), Christina Nunez (The Love Me Nots, Casual Encounters, The Madcaps), and Michelle Balderrama (Brainspoon) formed The Darts (US) in early 2016 when, after watching each other’s bands from the sidelines for years, realized there was no good reason why they shouldn’t just start writing songs together and form a super-badass group of grrrls sharing the same passion for 60s garage-trash and modern psych jams. 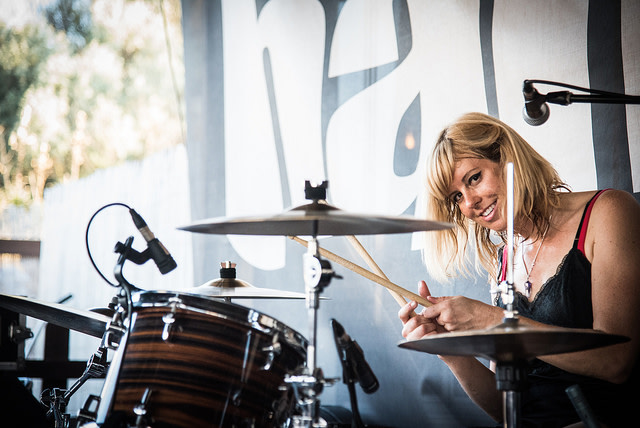 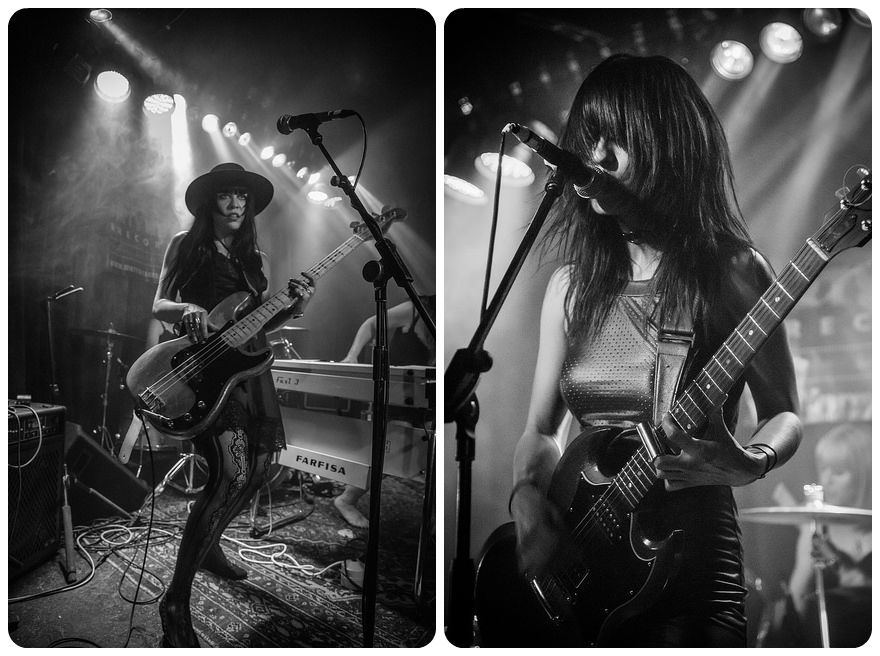 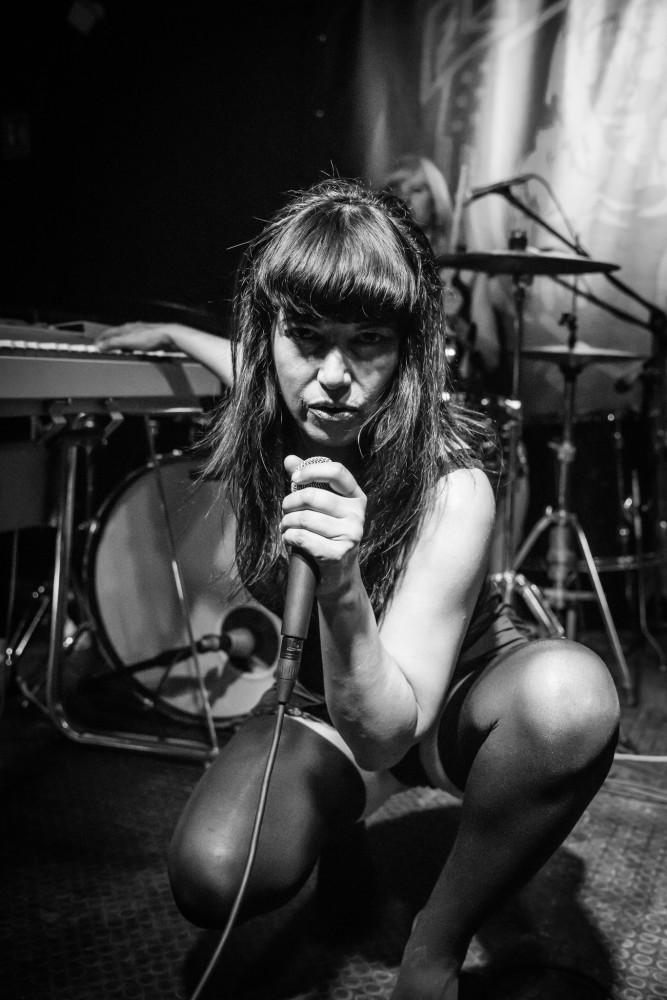 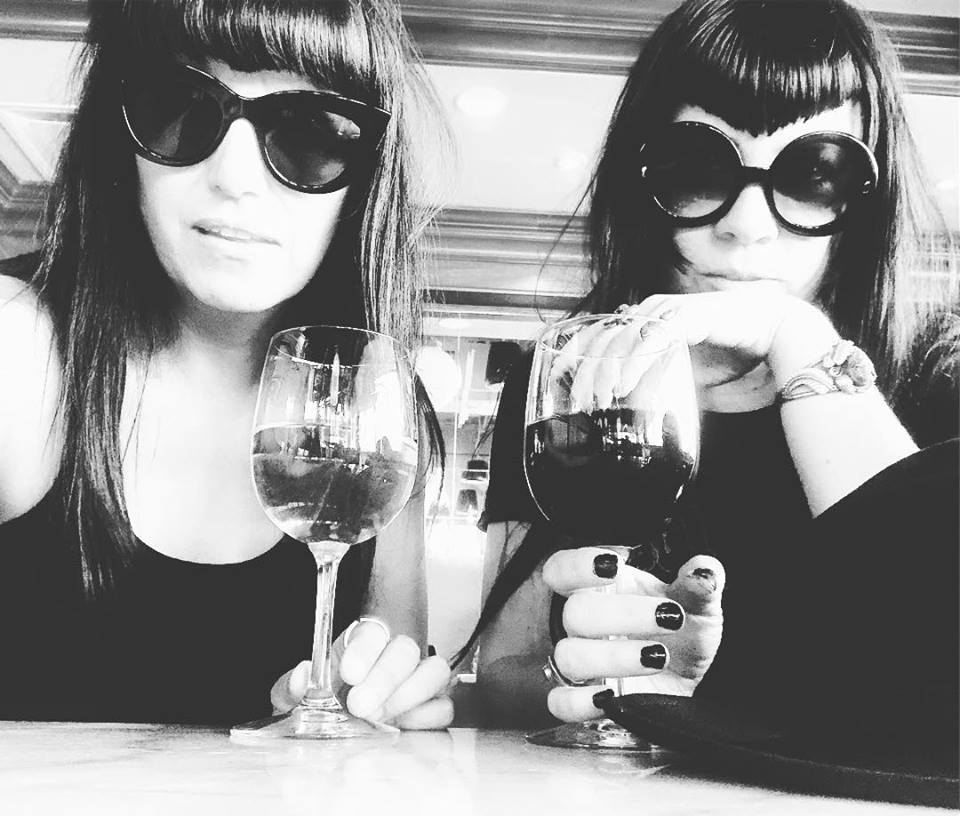 Having already built a devoted fan base around the globe, the group will kick off a 12 night tour of Europe ( their second of four European tours planned in 2018) starting in London at The Dirty Water Club with label soul-mates The Cavemen (NZ) for a special double-record release launch party. The group have just released their first ever 7″ (their first release since the bands debut full length “Me. Ow.” on Dirty Water Records last autumn) as a collaboration with Alternative Tentacles Records and Dirty Water Records USA.  They will also celebrate the reissue of their twin debut 10" EP's; melted in full-bloom on a spectacular slab of of 12" pink splattered vinyl available now for pre-order. 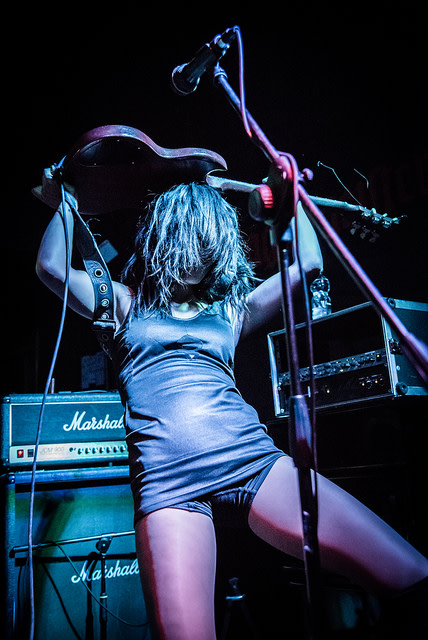 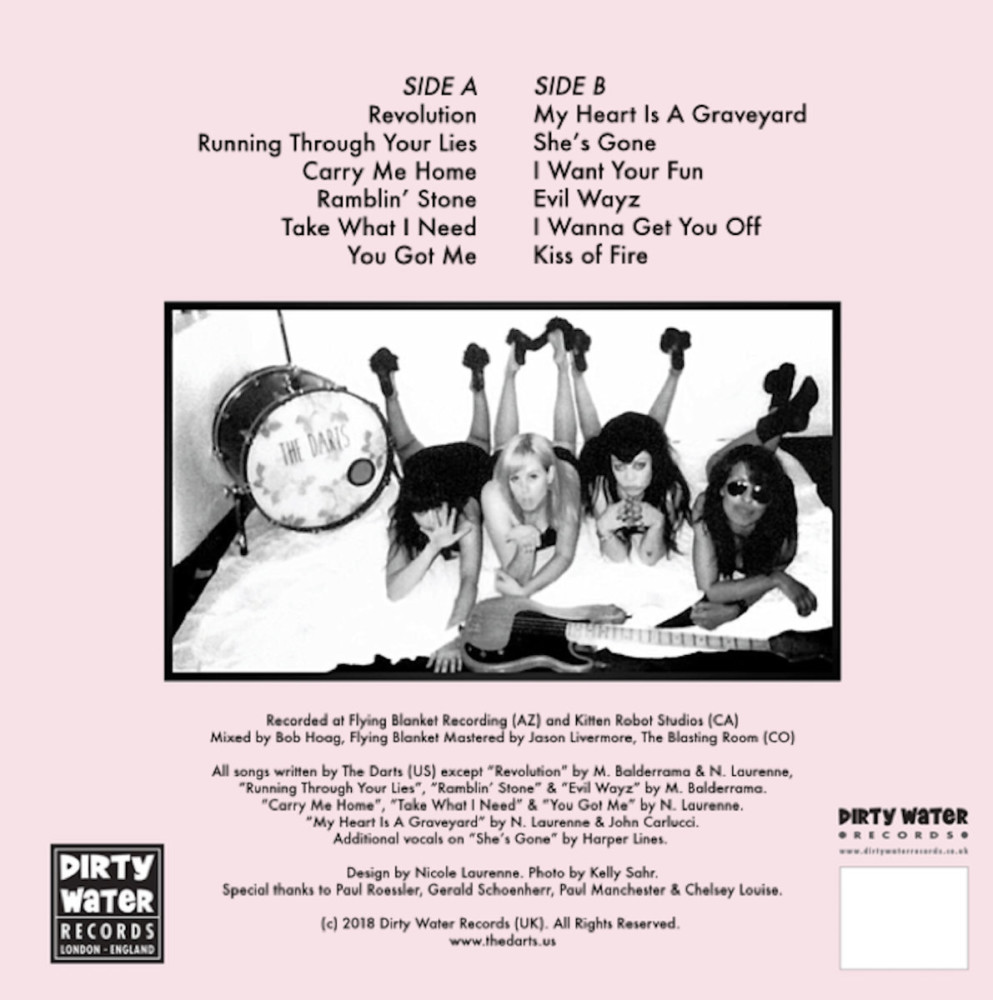 This weekend they will be playing a special 60th Birthday party for Jello Biafra in San Francisco at the Great American Music Hall and will also film a special live performance on Stage-it for fans around the globe to get a visual and virtual sneak-peek at their latest primal-aural offerings. 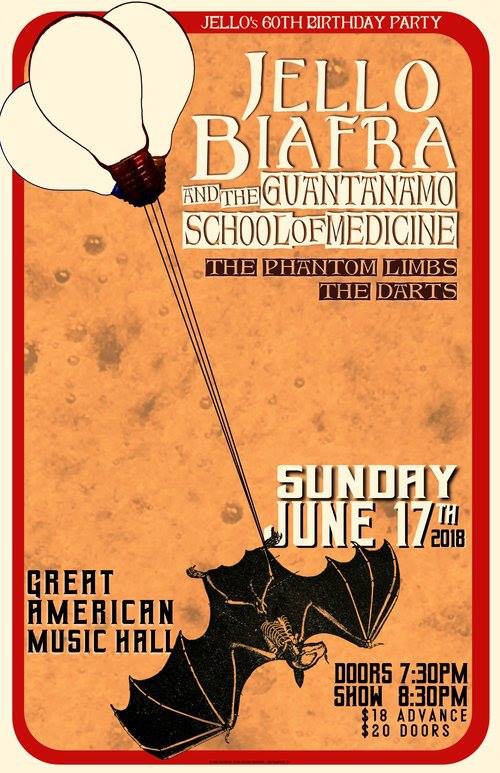 The Darts are a straight-up fierce-as-hell garage punk band that takes the fuzzed out crush of the Nuggets comp and inject a shot of Riot Grrrl perspective. Plus, they have a keyboard that would fit right at home in a haunted house." -  PunkNews

"From start to finish The Darts will have you biting your bottom lip and nodding away until your poor little fingers can’t hit repeat anymore!" - Loud Women

‘Subsonic Dream’ provides a jolt of Garage Rawk with a hook that you will be singing within a few listens. ‘Bullet’ begins with an awesome riff and just builds from there into my favorite of the two here. - 3 Songs and Out 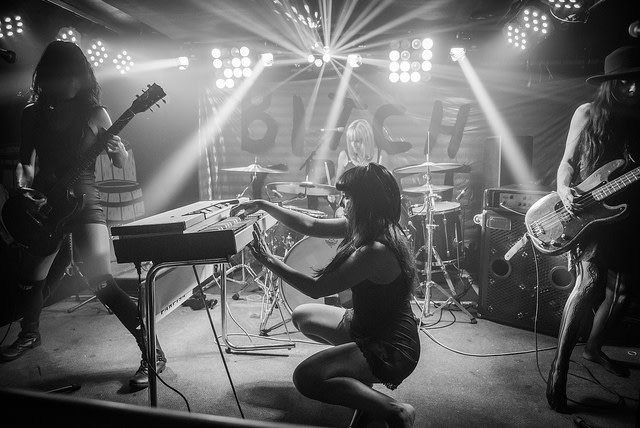 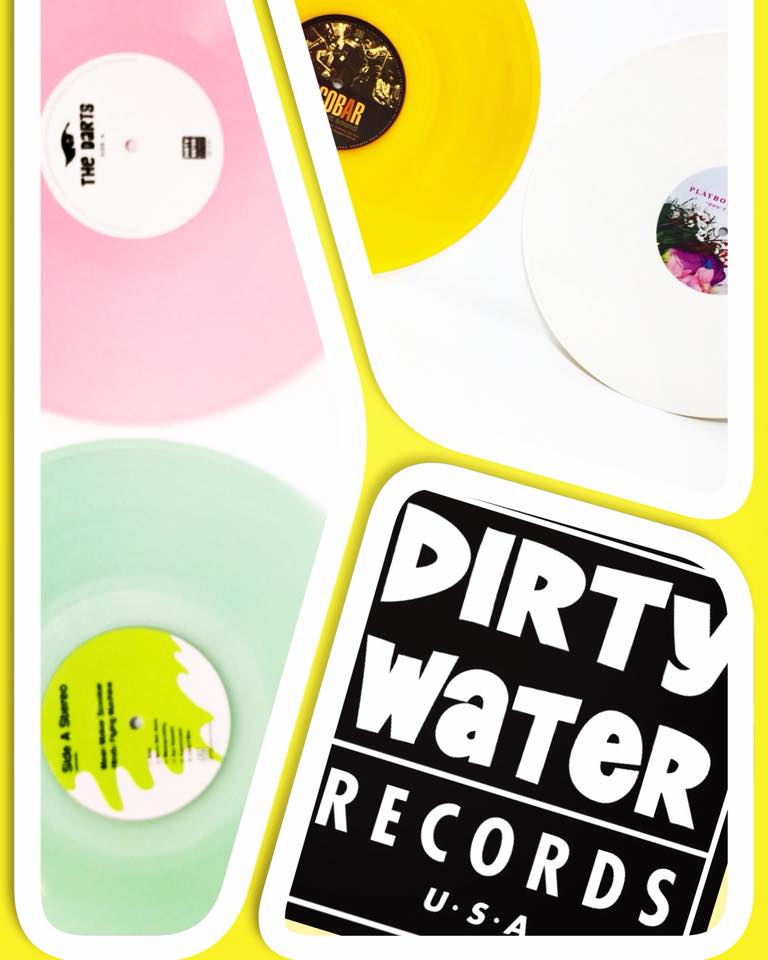 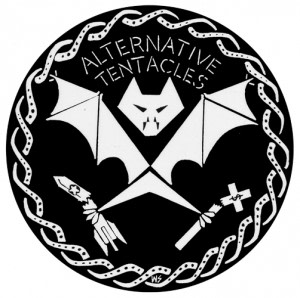 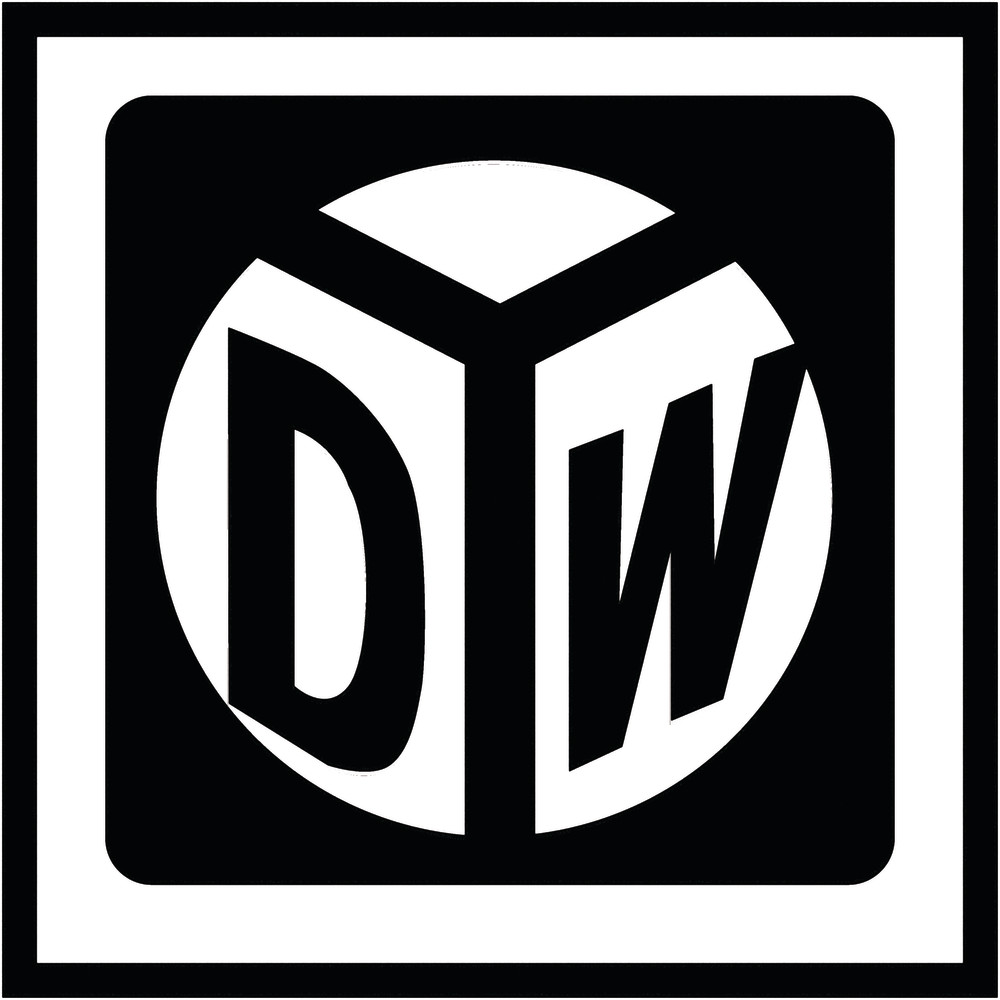 Mean Motor Scooter are a fuzzed up, farfed out, Fort Worth quartet of psych-garage goodness firmly rooted in the Texas traditions of The Butthole Surfers, The Dicks, and Roky Erickson with a tab of Scratch Acid

​The Darts recently released their debut LP, Me.Ow, via Dirty Water Records. A follow up to two well-received EPs, it features sludgy guitars, fuzz-soaked vocals, and a healthy dose of menacing organ and was described by Bandcamp as "grinding garage that sounds like a rock show at a haunted mansion."

The Darts (US): 'Explosive Fuzz Drenched' All Girl Supergroup Set To Takeover Europe

Phoenix/L.A. based Darts, recently signed to Dirty Water Records, and formed by singer/keyboardist Nicole Laurenne’s whose desire was to be in “an all-girl band with bad ass girls that are awesome”.

THE DARTS(US) have exploded all over the music scene since being picked up by Dirty Water Records (after their second ever gig!) and show no sign of stopping their takeover of the planet , having quickly become a well-seasoned touring machine with multiple US and European tours already under their belts, which will include a nationwide tour supporting UK punk legends THE DAMNED.

The band have just wrapped recording their new album with Jim Diamond ( due out in 2019 on Dirty Water Records) on and this week headline this years BURGER BOOGALOO Official launch party in Oakland, California on June 29th, hosted by DJ Sid Presley

THE DARTS (US): New Video Single | Fall US Tour Dates


Not even a year has passed since Phoenix/LA garage-psych superstars The Darts (US) self released two 10" vinyl EPs, signed to an international record label, performed multiple tours of the US and Europe and have just completed their debut full-length album, "Me Ow" - which is now available for pre-order and scheduled for official release at the end of

Beauty of the Ride: The Darts (US) European Tour Photo Diary

All-girl rock supergroup, The Darts (US) made big waves (and splashes) on their debut European jaunt last month - shooting sonic arrows straight through hearts and ears, from London to Venice.

LA/Phoenix Grrrl Supergroup kick off their European tour with fellow desert pals, Death Valley Girls and North London's The Priscillas for a two night stand in London and Brighton

The Darts (US) and The Cavemen (NZ): LIVE STREAMING TONIGHT ON TRASH CAN RADIO!