A newly discovered Pre-Impressionist work by Camille Pissarro from his early years on the Virgin Islands (formerly known as the Danish West Indies) will be auctioned off in Copenhagen this summer. The work is dated to sometime between 1852-55 before Pissarro moved to Paris, where he became one of the main figures within French Impressionism. The painting will be presented to the public in Paris from 21-22 March, London from 15-16 May and Copenhagen from 24-28 May.

"We are delighted to have discovered this beautiful and very early portrait of a boy by Pissarro, which adds new layers to the story of the artist's formative years. The work is interesting for several reasons, it connects to both his later famous Impressionist works as well as to the Danish Golden Age, "says Julie Arendse Voss, Head of the Department of Fine Art at Bruun Rasmussen.

Camille Pissarro (1830-1903) is known as one of the leading figures of French Impressionism, but his artistic career already began as a young man in the colony of the Danish West Indies, where Pissarro was born and raised. He showed an artistic talent early on, and at the age of 20 he met the four years older Danish painter Fritz Melbye (1826-1869), who had travelled to the Caribbean to find new inspiration. This early influence was of vital importance to Pissarro's life and art.

When Pissarro met Melbye, he had not yet received any formal training in painting or drawing. Melbye, therefore, became the first professional painter with whom Pissarro had a steady contact with during his formative years. Melbye had received his artistic education from his slightly older brother the seascape painter Anton Melbye (1818-1875), who had been educated in the Danish Golden Age tradition by the father of Danish painting, C.W. Eckersberg (1783-1853). Eckersberg is, among other things, known for introducing en plein air painting at the Royal Academy of Fine Arts in Copenhagen, where he brought his students out into the landscape around Copenhagen to give them the opportunity to sit and paint oil studies under the open sky and right in front of the motif. Melbye brought this method with him to the Danish West Indies and passed it on to Pissarro. When Pissarro arrived in Paris in 1855, he had therefore already been educated in the practice of en plein air painting, which was also the case for Pissarro’s next mentor, Jean Baptiste Camille Corot (1796-1875), who had acquired the method in Paris and Rome during the 1820s. It became crucial for Pissarro's later works, as the method was a fundamental part of the development of the French Impressionism.

Portrait of A Boy

Already during his younger years, Pissarro was occupied with depicting ordinary people going about their daily lives. This became a range of motifs that followed him throughout his oeuvre. On the Danish West Indies he preferred to portray the local population of African descent, who had been freed in 1848 when slavery was abolished on the islands. The portrayal of the local boy is, however, a bit of a rarity. Although we know of several oil sketches of landscapes and of the local population in different everyday situations, as well as several drawn portrait sketches, only one other portrait made in oil paint by Pissarro is known from the period before he travelled to Paris (“Portrait of A Young Girl from Galipan”, Venezuela (1854)).

The portrait of the boy was made in the period between 1852-1855, where Pissarro and Melbye worked closely together. We know that the two artists travelled together to Caracas in Venezuela in 1853-54, where they established a shared studio, before they went their separate ways in 1855, where Pissarro travelled to Paris. Their collaboration was a counterpoint to the period’s more traditional "teacher-student" relationship since Melbye was more of a friend and mentor rather than a traditional teacher for Pissarro.

The portrait up for auction is an example of Pissarro’s ability to skilfully use the oil painting technique already at this early stage. He has created a very fine and empathetic portrait of the boy who gazes directly at the viewer with a certain degree of calmness and melancholy in his eyes. The boy's face has been carefully worked over with small fine brush strokes, while the shirt is more sketchily done with powerful, quick brush strokes.

The Painting’s Journey to Denmark

Unfortunately, we do not know who the boy is, but we do know the painting’s provenance. Pissarro gave the portrait to the attorney Hermann Meier Hjernøe (1823-77) while they both lived on the island of Saint Thomas sometime during the years 1852-55, before Pissarro travelled to Paris. Hjernøe arrived in the Danish West Indies in 1851, where he later became an attorney in the town of Charlotte Amalie on the island of Saint Thomas. The work has since then been inherited by the son Carl Christian Hjernøe (1871-1913), born on Saint Thomas. After his father died Carl Christian returned to Denmark in 1877. The portrait has since then remained in the family's ownership. The painting has until now been unknown to the public and has never been up for sale before. It has been examined by the Wildenstein Institute in New York and become part of the "Pissarro Digital Catalogue Raisonné".

The portrait of the boy provides a rare insight into Pissarro's formative youth and underlines the influence his friend, colleague and mentor Fritz Melbye had on Pissarro. The work is thereby an important piece of the puzzle in understanding what shaped Pissarro – one of the most important artists of Impressionism.

Pissarro’s portrait of a boy will be exhibited in Paris and London prior to the auction in Copenhagen. 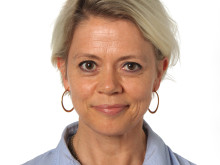 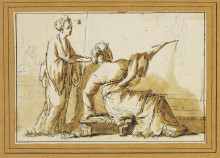 The Wolff Collection of Master Drawings

This coming May, the largest internationally oriented and privately-owned collection of drawings in Denmark will be up for auction at Bruun Rasmussen in Copenhagen. The collection spans from European Master Drawings from the 16th century to the 19th century Danish Golden Age. Highlights from this collection will be presented to the public in Paris from 21-22 March and London from 15-16 May. 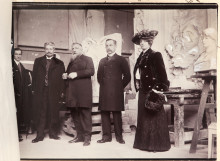 Greetings from Rodin, Monet and Einstein at Auction

A monumental album with a wealth of personal greetings from the 20th century's great thinkers of Europe will go under the hammer at Bruun Rasmussen Auctioneers in Copenhagen this Summer with an estimate of DKK 500,000. Prior to this auction the album will be exhibited in Paris from 21-22 March. 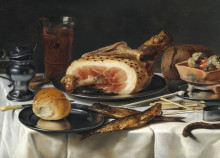 We have handpicked a selection of world-renowned artwork and rare design classics from this summer's international auction in Copenhagen and will exhibit them at the Danish Embassy in London on 15 and 16 May.

A Meal Worth 4.8 Million Danish Kroner

At Tuesday evening's international auction of fine art at Bruun Rasmussen, a breakfast piece by Dutch artist Pieter Claesz was sold for DKK 4.8 million (€ 840,000 including buyer’s premium). The sale of the painting is a bit of a sensation since Claesz' early works from the 1620s are very rare on the auction market. 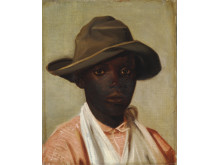