The Grand Winner of the 2019 Dulux Select Decorators Awards has been announced as Des Cass.

Des was revealed as the Grand Winner of the awards in recognition of his professional expertise and commitment to continuously exceeding customer expectations with the quality of his work, as well as his dedication to the trade and Select Decorator scheme.

Twelve category winners were also recognised at a new-look gala dinner following the first day of the two-day Painting and Decorating Show.

The category winners were announced as:

Overall champion Des, said: “After more than 40 years in the trade, it’s wonderful to be named as this year's grand winner. It was a complete surprise as all the Dulux Select Decorators are incredibly talented, to have my work recognised after decades of dedication and commitment to doing this job to the best of my abilities is the cherry on the cake after a great year for my business.

It’s fantastic to be part of this scheme and having a network of such great peers has been a game changer for me.” 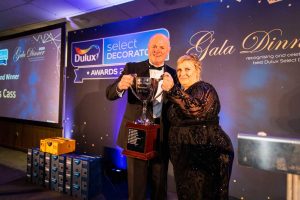 “We know that being a decorator can quite often be a lonely trade - and there is so much going on behind the scenes running a business that never even gets recognised. The Dulux Select Decorators scheme is all about bringing expert professionals together so that they can lean on each other and learn from one another.

“We decided this year to celebrate the Dulux Select Decorators with a new-look gala awards evening so we could really show our appreciation for all of our decorators, who continually prove that there is an exceptional amount of expertise in the decorating trade.

“It was fantastic to just take a moment to reflect on the hard work and dedication these people give the painting and decorating trade - as well as recognising those that go above and beyond in providing exceptional craftsmanship.

‘’It was also great to share the evening with our trusted suppliers, who’s generosity allowed us to raise over £1,000 for charity.”

Dulux Select Decorators undergo rigorous assessments to become members - they must have at least three years experience in the trade and have run their own business for a minimum of 12 months.

By becoming members they are entitled to use of Dulux branded assets, have access to subsidised rates on Dulux Academy courses and become part of a supportive community, with invites to social events and an exclusive forum with other Dulux Select Decorators. Members also receive monthly news updates, regular competitions and product discount vouchers.

For more information on Dulux Select Decorators, or to join the scheme, visit: www.duluxselectdecorators.co.uk

Not for publication – for more information

AkzoNobel has a passion for paint. We’re experts in the proud craft of making paints and coatings, setting the standard in colour and protection since 1792. Our world class portfolio of brands – including Dulux, International, Sikkens and Interpon – is trusted by customers around the globe. Headquartered in the Netherlands, we are active in over 150 countries and employ around 35,000 talented people who are passionate about delivering the high-performance products and services our customers expect.

Prior to publication, it must be approved by AkzoNobel. 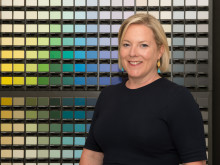 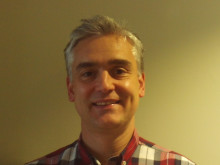 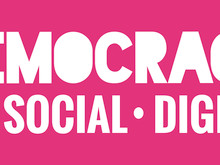 Dulux is calling for painters and decorators across the UK to put down their brushes and pull on their sports kit to take part in the final Dulux London Revolution in 2020. For the 5th and final year, Dulux will sponsor the mass participation event and enter a team to take on either the 155-mile, two-day bike ride or, one of the 3 run/walk distances offered in the trails part of the event.

Dulux Trade has launched its latest colour mixing technology to give professional decorators the ability to provide a highly accurate and bespoke colour match for their customers. The cutting-edge technology has been developed by the paint brand to redefine the way colour is created in the industry, providing faster, more accurate and more consistent colours across a range of products. 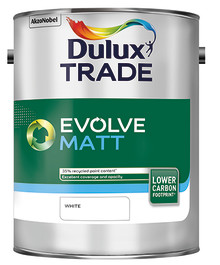 As part of its ongoing commitment to reducing the impact of paint on the environment, experts at Dulux Trade have created a ground-breaking matt emulsion made from 35 percent recycled paint. The market leaders have developed Evolve, a revolutionary product made from the leftover paint that remains in tins after use, in a bid to reduce the amount of paint going to waste. 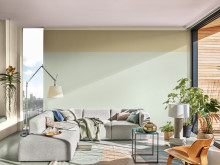 Dulux Announces Colour of the Year 2020

Dulux, the UK’s leading paint brand, has revealed its Colour of the Year for 2020 as Tranquil Dawn™. A panel of experts selected the soft green hue to embody the nation’s mood on the approach of a new decade. It reflects a growing desire to understand what it is to be human at a time when advances in technology are making us feel increasingly disconnected from each other. 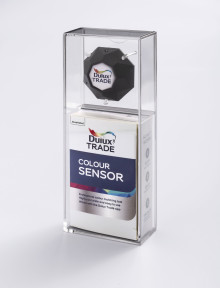 Dulux Trade is launching a must-have piece of kit for decorators to allow them to match the colour of multiple surfaces to Dulux Trade paint on the job. The bespoke Dulux Trade Colour Sensor has been adapted for Dulux Trade paints to give far greater accuracy. 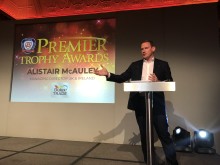 Dulux Trade customers received four prestigious industry awards at the Painting and Decorating Association Premier Trophy Awards 2019. The awards, now in their 31st year, recognise the highest standards of excellence in the industry, showcasing the diversity of skill and craft across the UK.