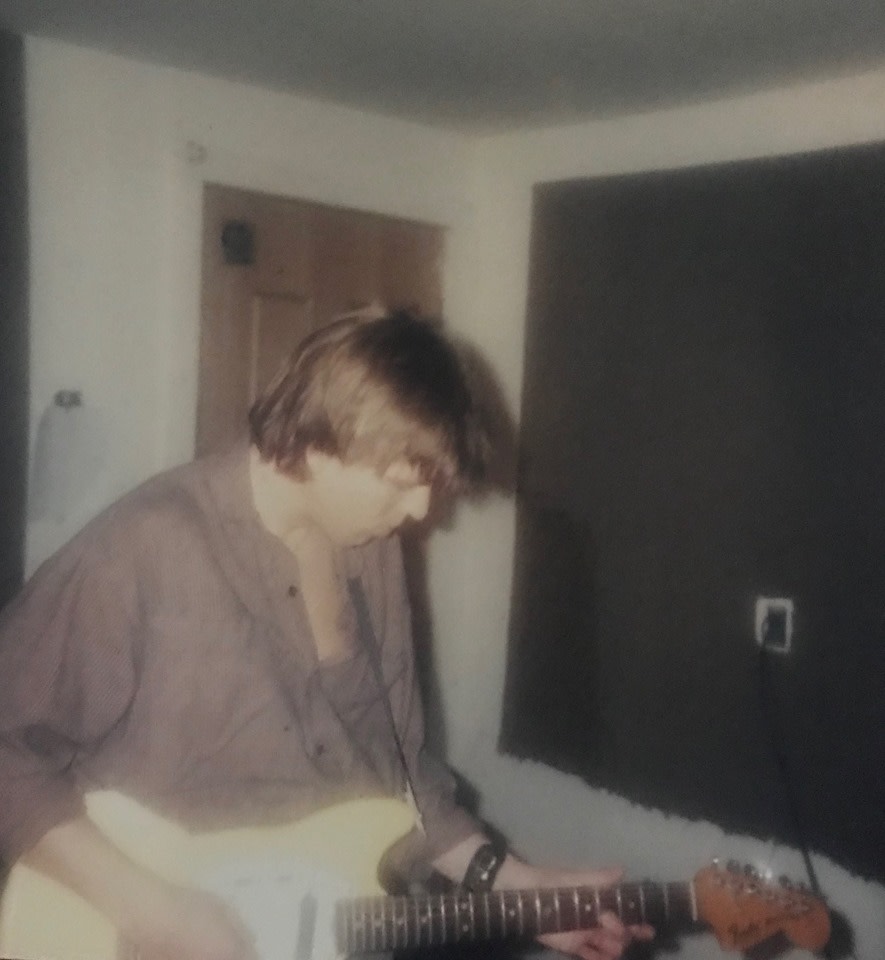 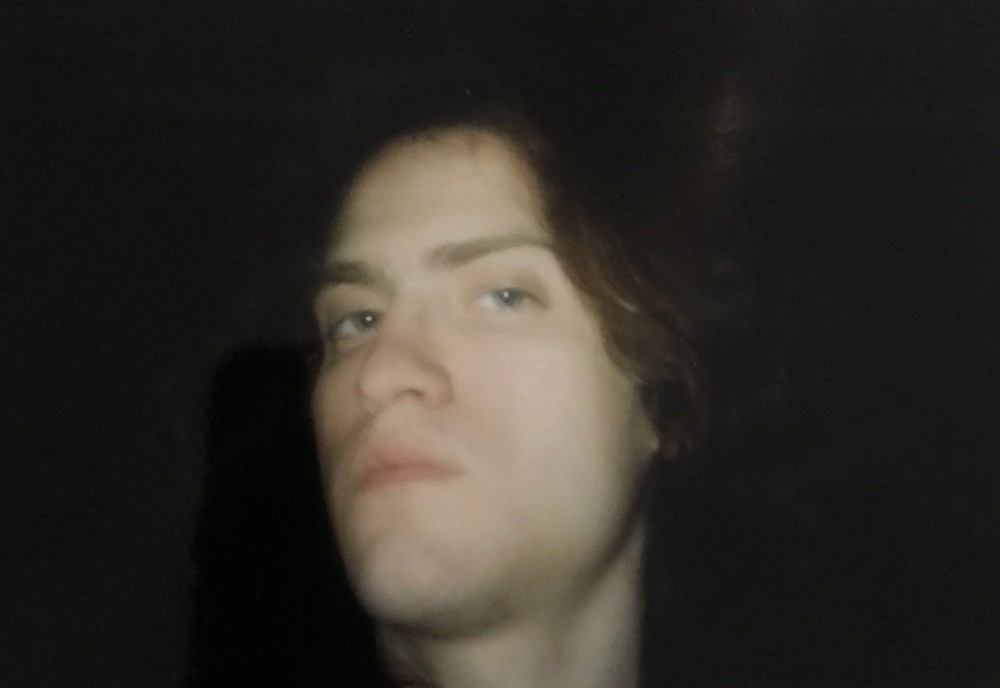 Formed in Boston, MA 1992 by vocalist/guitarist Todd Nudelman and guitarist David Pierce, The In Out began as a “peculiar gathering” that twiddled and fiddled with ungrounded, buzzing Traynor amps, vintage junk guitars, a clarinet, drum machines, often barely capable of tuning - never mind playing - their own instruments. The two of them forged in fire a crude signature trademark working in the dusty basement spaces of Allston, Mass that would eventually evolve itself into a widely cherished but often neglected musical institution. 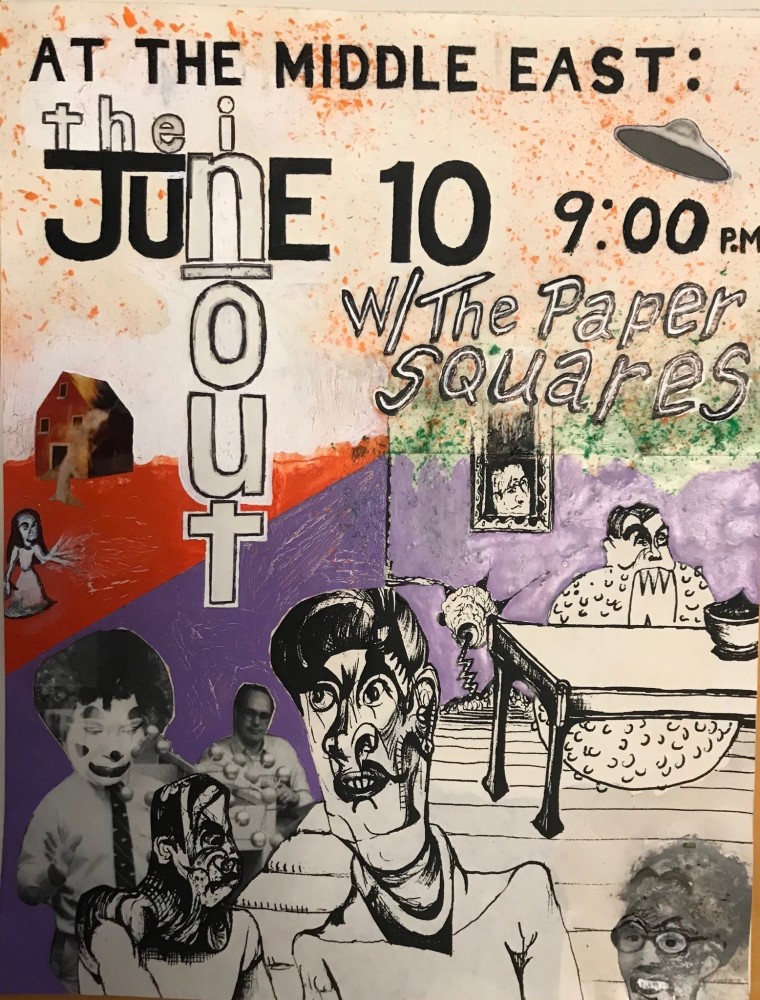 The band auditioned several drummers in the early 90s until they discovered ‘a-girl-about-town’ by the name of Mickey Dennison who seemed to provide just the right anchor and was instantly hired by the band. The band played their first gig at the Middle East Cafe in Cambridge, Mass on June 10, 1992.

After that first gig, Mickey eventually went AWOL and the band was back in their basement forge recording their sketches on tape machines with 100% conviction and zero fidelity. It wasn’t long before Nudelman ran into 20-year-old, multi-instrumentalist “pot-smoking punk” Matt Hunter at a telemarketing gig in the city of Boston. 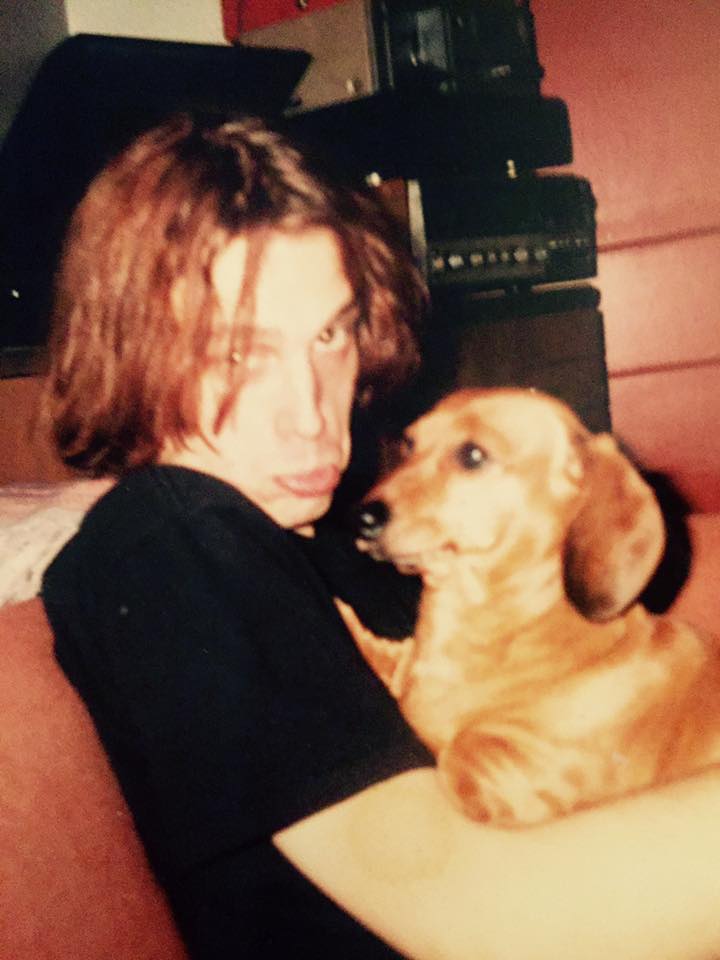 Todd had overheard Hunter discussing on the phone some noise dispute with his landlord over the weekend where it was noted in the conversation that the drums were “a little bit too loud.” Hunter was immediately approached by Nudelman to audition for The In Out that very weekend, and with a taxi full of drums, amps, pedals, guitars, he moved right into the rehearsal room of 425 R Cambridge Street in Lower Allston and for 9 more years, The In Out began to write and light its long but glorious fuse into the annals of indie-rock legend hood. 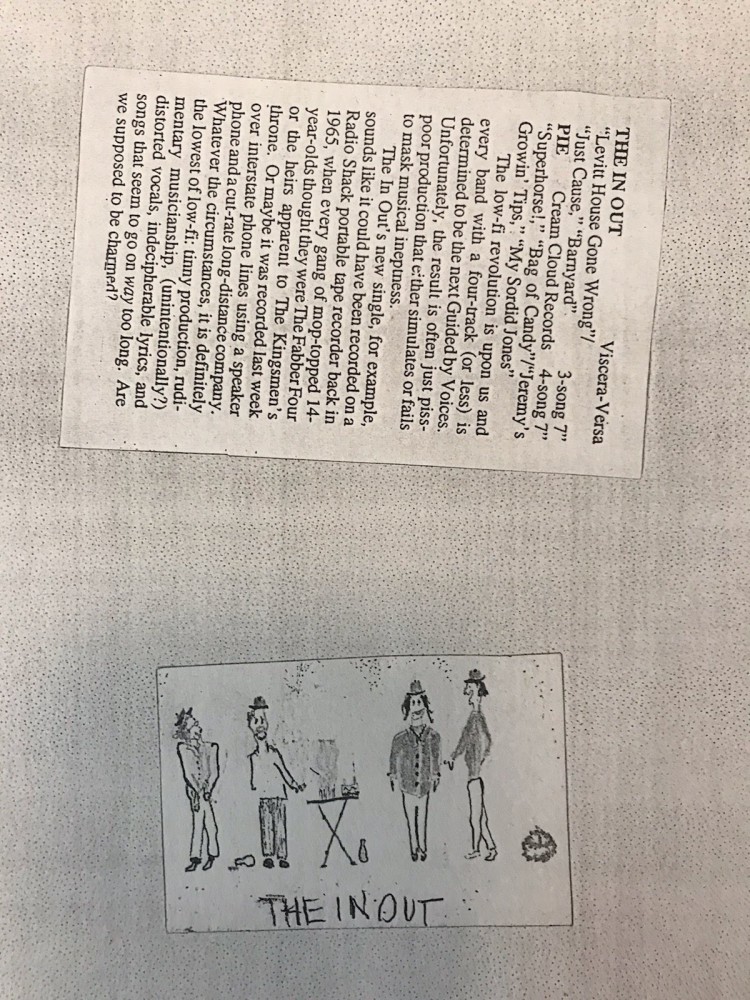 “The original three” as David Pierce liked to call them, weren’t really a band, but more like a weird, mystic, cult in some ways. Their weekly meetings in that basement seance was a place where topics of Nietzsche, Astrology, Cybernetics, Numerology, The Occult, and the Unabomber, would inspire Nudelman and his sharp-witted vocal attack around Pierce’s crude, precise, mathematical guitar style. They developed wired, bone-dry riffs that Hunter would pummel over, which resulted in a distorted, frenzied, repetitive yet fantastic beam of sound that would bounce around those basement four walls for a few more years until Nudelman and the band were ready to tell the world that they had finally arrived. 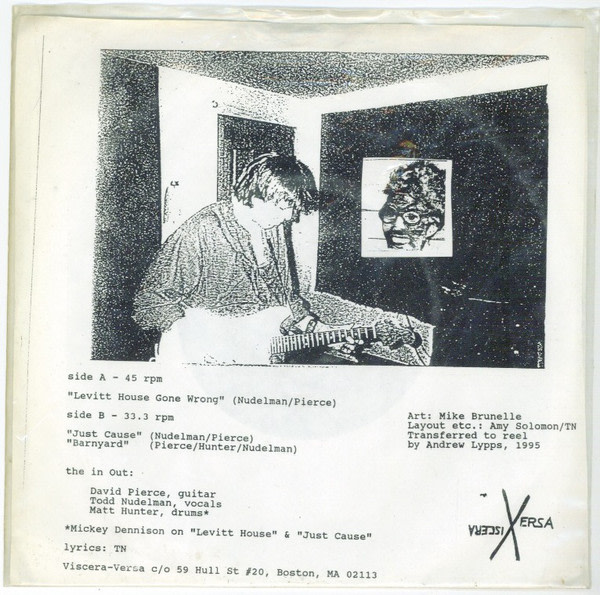 In September 1994, Todd Nudelman, under the label guise Viscera-Versa had pressed up 1,000 copies of their first single “Levitt House Gone Wrong” with the A-side at 45 rpm while the B-side was cut, oddly, at 33 rpm, making it a single that demanded a reaction. After a round of roughly self-circulated and distributed college radio promotion, the band were soon “discovered” by Harvard Radio, WHRB’s Record Hospital in the late winter of 1995. The band had no idea that the station was heavily playing their debut single, and others like MIT’s WMBR had also caught the buzz, and much to the surprise of the band, pretty soon, the single would chart at #1 on both stations simultaneously in the Spring of 1995.

By then, the band had already completed their first-ever lineup replacement (something that became a regular and often needed action during their existence) around David Pierce’s sudden turnaround back to his home field in Lancaster, PA, months prior where he briefly considered a career in minor-league baseball.

James Poolner was drafted in by way of the ‘telemarketing-rock-n-roll-waiver-line’ network, to fill in for Pierce, just in time for the band’s first-ever live radio transmission on WHRB and the band's first sell-out show, opening for The Dead C and Harry Pussy at the Middle East. Poolner brought an interesting and more developed musicality to the band around that time. 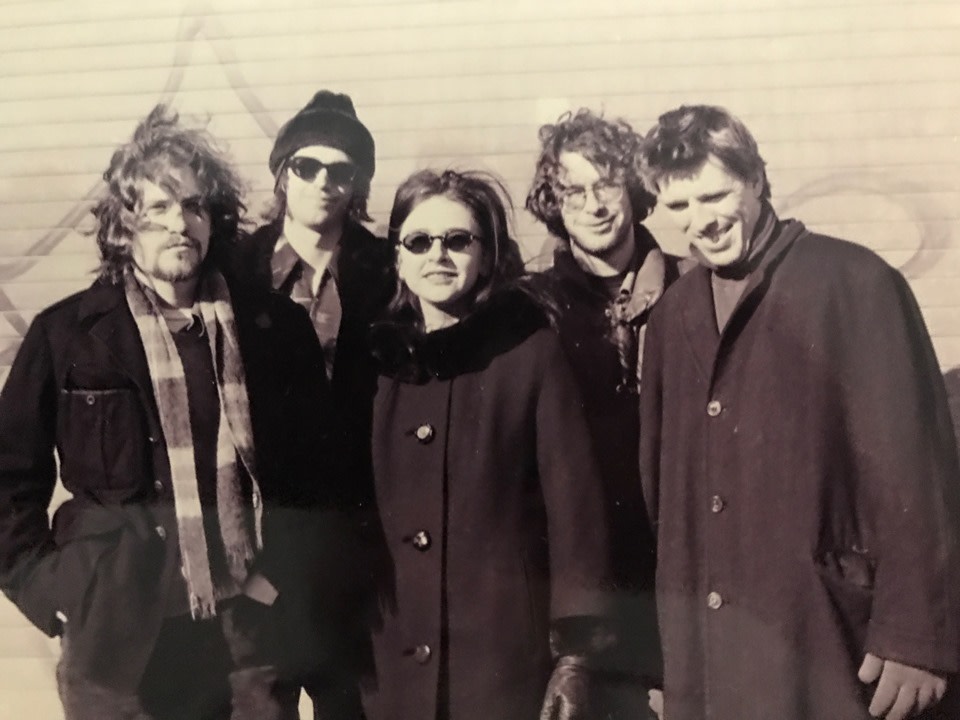 Eventually, the band released two more posthumous singles of the “original three” in 1995 with “Hatched and Scrambled” and in 1996 with Lawn Trousers/Get Yr Own Friends! By then, Pierce was back in the band hitting his yellow and black Mustang guitar sternly into the fold, along with Nudelman’s vocal snarl and lead guitar, with Poolner shifting from bass and guitar, whilst Hunter firmly cemented in concrete blocks on his drums, drafted in his long-time musical companion and sweetheart, Keri Lynn Dyrdahl on Farfisa organ to complete a formidable five-star pentagram around the busy, competitive clubs and music scene (s) of Boston. The band shared stages with local bands Come, Helium, The Paper Squares, The Cheater Slicks, New Radiant Storm King, along with international stars like Jad Fair, Super Furry Animals, Donkey, Country Teasers, Cibo Matto, Chrome Cranks, and countless more.

This five-piece began to assemble itself around the idea of recording its debut album Cosm0sis in September 1996 and took themselves to NYC and Jerry Teel’s infamous all-analog recording studio on Avenue A, The Fun House, recording 11 songs in one 8 hour session and then mixed the next day in just 4 quick hours. 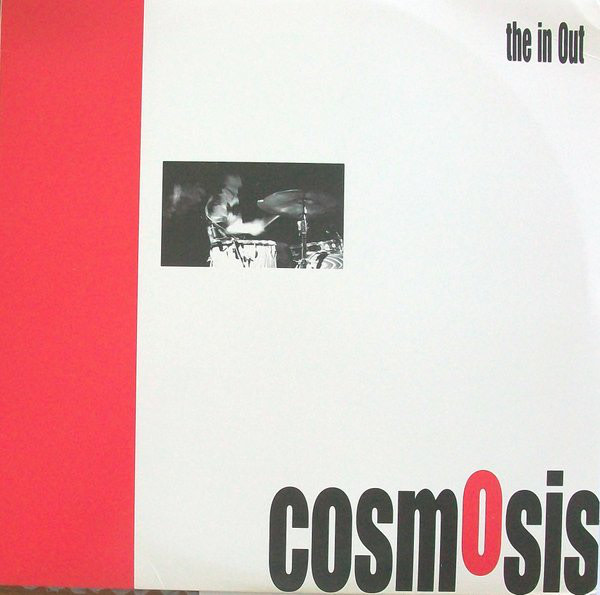 The LP was released a year later on NYC’s Dark Beloved Cloud label and got widely distributed and into the hands of BBC Radio 1’s John Peel, only to end up years later being archived as a treasure in his very own personal collection.

The In Out continued under many forms and lineups for decades after and is looking to archive and curate some of its earliest release output onto the digital platforms it avoided and decried for many years.

We are quite intrigued at this development and will keep you posted, in the meantime, enjoy a rare tape of that WHRB broadcast in full with interviews, insights and much more! Get ready for these “plague apostles’ who called it 30 years ago! Ladies and germophobes… ICYMI, The In Out. 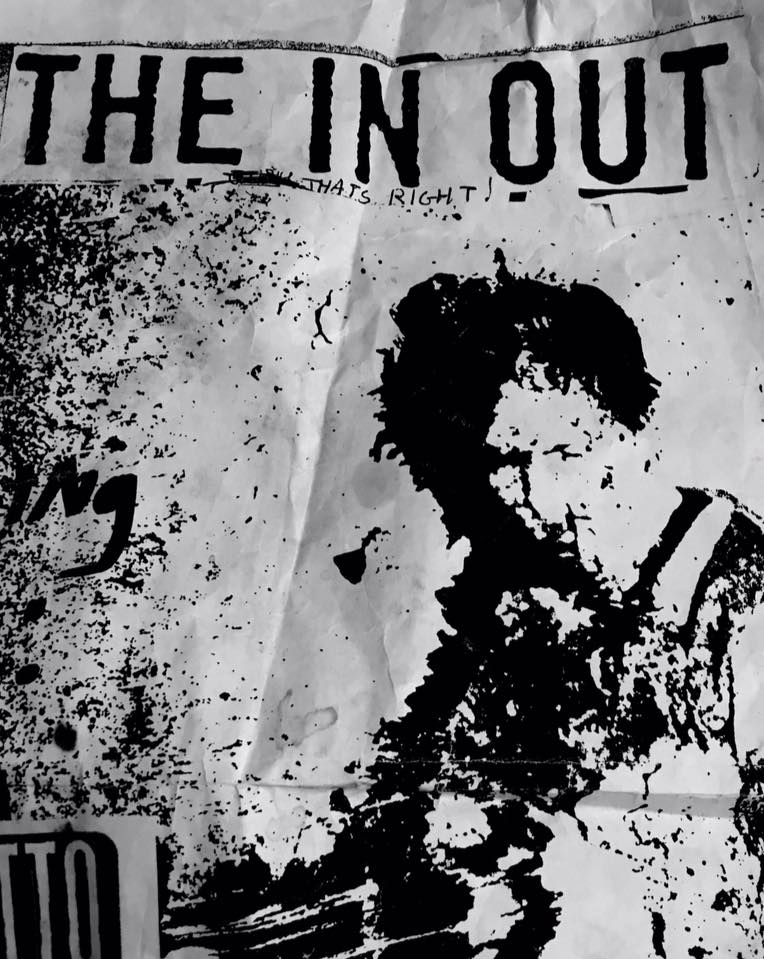 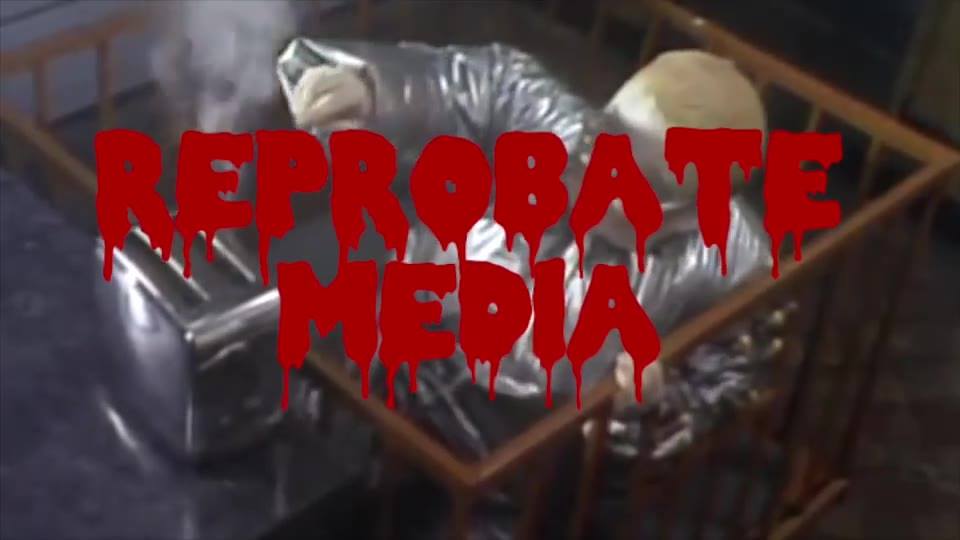 “The Right One" starts off as a melancholy synth-guitar driven melody that quickly turns into an angsty, punk-poet plea for “Looking for the Right One.” A song that feels like a plea, search, and retreat from finding it. But the search and struggle carry on.

The Yummy Fur have quietly become one of indie rock's most beloved bands despite releasing no music this century. Now, a long-awaited compilation album of their best songs finally enter the streaming age