Norway exported 216,000 tonnes of seafood totaling NOK 9.3 billion in February. This is a 6 per cent reduction in volume but an increase in value of NOK 1.4 billion, or 17 per cent, compared with February last year. So far this year, 430,000 tonnes of seafood have been exported with a value of NOK 19 billion. This is a decrease of 2 per cent, while the value has increased by NOK 2.5 billion, or 15 per cent, compared with the same period last year.

“Despite increased uncertainty in the world's seafood markets as a result of the focus on Covid-19, demand for Norwegian seafood continues to increase overall. The greatest growth in value was for salmon. Salmon as a category is proving to be very robust against the temporary reduction in demand from individual markets. The reason for this is that salmon is exported to over 100 markets, used for many different occasions and is available in many product forms.

“The export of whitefish has contributed most to this month's growth and is driven by both currency and demand”, says Tom-Jørgen Gangsø, Director of Market Insight and Market Access with the Norwegian Seafood Council.

“As expected, we are seeing a sharp decline in salmon exports to China. In February, 363 tonnes of salmon were exported to China, a decline of 83 percent compared to the same period last year. Although there is a large decline, we are now seeing a gradual increase in volume”, says Paul T. Aandahl, Seafood Analyst at the Norwegian Seafood Council.

“Over the past couple of weeks we have seen cautious steps towards increased activity, which we hope will lay the foundation for increasing demand in food service and restaurants. Precautionary measures will continue to be implemented and implemented that will set the framework for trade and daily living in the time to come as the market makes its recovery”, says Victoria Braathen, Norwegian Seafood Council's fisheries envoy to China.

“Salmon that would otherwise have gone to China has been exported to other markets. For example, we see growth of 22 percent for fresh whole salmon to the United States, and to Taiwan, where exports increased by 73 percent in February”, Aandahl continues.

"We see a 14 percent decline in volume compared to February last year in Italy, which is the country most severely affected by Covid-19 in Europe," says Aandahl.

“In the big picture, it is fresh Norwegian salmon that controls the world market price for salmon fish. However, strong growth in trout production has led to lower prices for trout than for salmon. In February, the average price for whole fresh whole trout was 8.70 lower than for salmon”, says Aandahl.

Up for fresh and frozen cod

Norway has exported 8 900 tonnes of fresh cod including skrei to a value of NOK 404 million in February. This is an increase in volume of 4 per cent, while the value increased by NOK 47 million, or 13 per cent, from February last year.

So far this year, 15,000 tonnes of fresh cod including skrei have been exported with a value of NOK 729 million. This represents an increase in volume of 13 per cent, while the value increased by NOK 147 million, or 25 per cent. Of this, 1,800 tonnes were skrei, which is a 4 per cent reduction in February. The value of skrei exports was NOK 86 million, which is at the same level as last year. Denmark, the Netherlands and Spain are the largest export markets for fresh cod in February.

“Increased export volumes are due to increased catches so far this year, compared to the previous year. As usual, we are seeing considerable volume growth from January to February, which has also led to a fall in prices. Nevertheless, prices are still higher than February last year. The weak kroner contributes to this, but there is also price inflation in the euro, which indicates a good level of demand”, says Seafood Analyst Ingrid K. Pettersen with the Norwegian Seafood Council.

In February, Norway exported 8,200 tonnes of frozen cod worth NOK 377 million. This is an increase in volume of 16 per cent, while the value increased by NOK 80 million, or 27 per cent. So far this year, 13,300 tonnes of frozen cod have been exported to a value of NOK 611 million. This is a 21 per cent reduction in volume, while the value of exports fell by NOK 80 million, or 12 per cent. China, the United Kingdom and Lithuania are the largest markets for frozen cod in February.

“For February, we see positive figures for frozen cod for China, as well as redfish and blue halibut. As a result of the current situation, there is a trend towards more home consumption of seafood products sold through retail and e-commerce. This also applies to Norwegian whitefish products, including Norwegian cod, which are increasingly popular with Chinese consumers”, says Victoria Braathen.

“With steady volumes so far this year, along with price growth, codfish are the ones that contribute most to value growth. At the same time, some of the volume decline in saithe is offset by a significant rise in the price of saithe clipfish. Good demand in the markets is the main explanation” says Ingrid K. Pettersen.

“At the same time, the Dominican Republic is developing well as a market, with both price and volume growth so far this year. The reason for this is a low supply of stockfish at the beginning of the year which is now starting to fill up.", says Valanes.

Both herring and mackerel exports rise

Norway exported 38,200 tonnes of herring worth NOK 376 million in February. This represents a 3 per cent reduction in volume, while the value of exports has increased by NOK 89 million, or 31 per cent. So far this year, 73,500 tonnes of herring have been exported, worth NOK 714 million. The volume is at the same level as last year, while the value increased by NOK 142 million, or 25 per cent.

"As a consequence of Covid-19, some logistical challenges are reported in some ports in Asia, while in other markets such as Eastern Europe and Africa there have been no such reports of disruption", says Isaksen.

"This year's mackerel quota is 40 per cent higher than in 2019, and the relatively strong prices have probably also been the reason for so much fishing this year. The average prices in February in USD are approx. 10 per cent lower than last year, and approx. 3.5 per cent lower when measured in Norwegian kroner", says Isaksen.

Norway has exported 828 tonnes of prawns worth NOK 70 million. This is a 12 per cent reduction in volume, while the value fell by NOK 12 million, or 15 per cent, compared with February 2019. Sweden, the United Kingdom and Finland were the largest export markets for prawns  in February.

Norway has exported 118 tonnes of king crab worth NOK 41 million. This is a decrease of 37 per cent, while the value has fallen by NOK 16 million or 29 per cent.

South Korea, Vietnam and the United States were the largest importers of king crab from Norway in February. 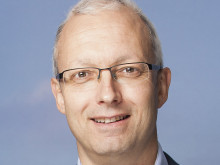