This spring marks the 50th anniversary of the first ever successfully farmed salmon in Norway. Five decades later we look back on a story of ambition, collaboration, setbacks and successes, culminating in a fish which is now a favourite on dinner plates across the globe.

From its humble yet ambitious beginnings along the coast of Norway in the spring of 1970, salmon farming has grown into a global industry at the forefront of new technologies.

Norway was the first, and remains the largest Atlantic salmon farming nation, producing more than half of the world’s farmed salmon along its ideally placed long coastline providing ample cold and clear waters year-round.

It is hard to imagine a world where salmon, whether served in sushi, smoked on a bagel or pan-fried with vegetables, didn’t exist on menus or dinner plates across the world. But the history of salmon as a mainstream year-round food staple is a relatively new one, and one which perhaps wouldn’t have been if it weren’t for two seafood loving entrepreneurial brothers.

Once upon a time in Norway…

Like many traditional Norwegian fairytales, this story also begins with brothers working together, coming up with clever ideas to overcome seemingly insurmountable barriers. Except in this story there are no trolls and no princesses, there many more heroes along the way, and the grand prize is arguably much greater.

On 28 May 1970, on the island of Hitra off the coast of Norway, brothers Ove and Sivert Grøntvedt put in their floating open net pen the salmon which would grow into the very first successful generation of farmed Atlantic salmon. Together, they lay the foundations of modern aquaculture in Norway and abroad.

Salmon farming has come a long way since then, and today Norwegian salmon is a global commodity. Every single day 14 million meals of Norwegian farmed salmon are enjoyed on dinner tables and in restaurants across the world.

As the world looks to more sustainable food production, modern aquaculture technology represents a major contributor both to meet the ever-increasing demand for proteins and as part of the solution to battling climate change.

1973: The Norwegian parliament introduces a new law for salmon farms, to regulate fish welfare and quality. It also aims to ensure the growing new industry would benefit small communities along the coast, and not just a few big commercial players.

1970s: Norwegian aquaculture is growing at a rapid pace, approximately 40% every year between 1972 and 1975. Salmon is becoming profitable, selling at prices equivalent to up to 10 times of today’s salmon price.

1978: Salmon farming is growing so fast that a temporary stop to new locations is introduced

1980s: There are now salmon farms along the entire Norwegian coastline, from Rogaland in the South to Finnmark in the North. Salmon from Norway is conquering the European and US markets.

1981: The responsibility for the ever-growing industry is moved from the Ministry of Agriculture to the Ministry for Fisheries.

1983: With rapid growth comes big challenges. Illness is a problem for many salmon farms, and the fish farmer’s sales organization establishes a joint project to work on fish welfare and research into fish health.

1986: The global sushi trend is born: “Project Japan” headed by Norwegian pioneer Thor Listhaug aims to double Norwegian exports of salmon. It marks the start of salmon in sushi – a Norwegian invention! 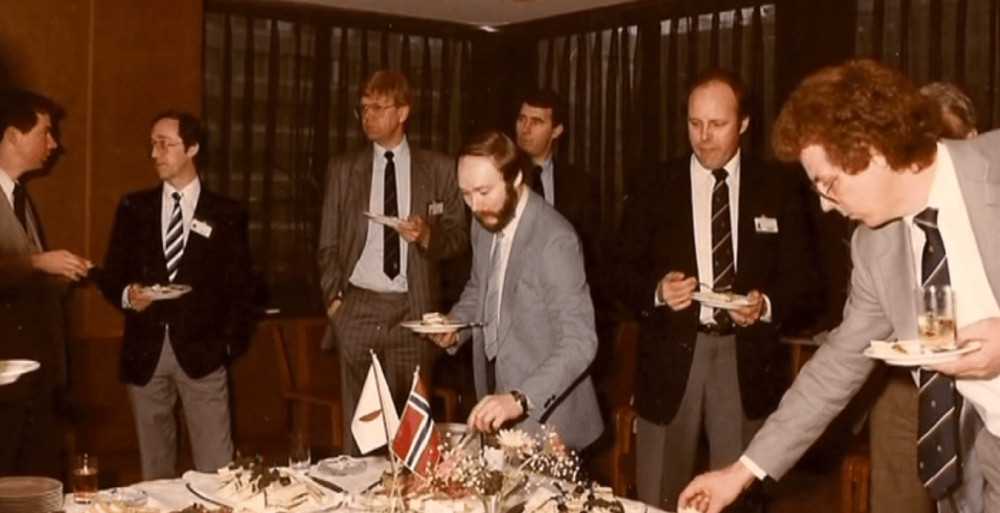 1990s: Norwegian scientists together with the industry introduces some of the first vaccines for fish. Several new vaccines are developed making the use of antibiotics in Norwegian salmon farming almost obsolete.

1995: The number of salmon and fjord trout farming locations in Norway reaches 1 220.

2005: The Norwegian parliament passes the “Aquaculture Law”, aiming to support profitability of the sector whilst safeguarding sustainable development.

2011: Norwegian salmon farmers come together in a joint commitment to reduce escapes and salmon lice, which have been major challenges for the industry.

2015: Norway is the largest producer of Atlantic salmon in the world, 53 percent of all farmed salmon comes from Norwegian fjords.

2017: Technological advances are making salmon farms safer and more productive. “Ocean farm 1” becomes the world’s first remotely operated ocean farm with space for up to 1,5 million salmon. The farm is equipped with state-of-the-art sensors and digital systems to control fish health and the environment. 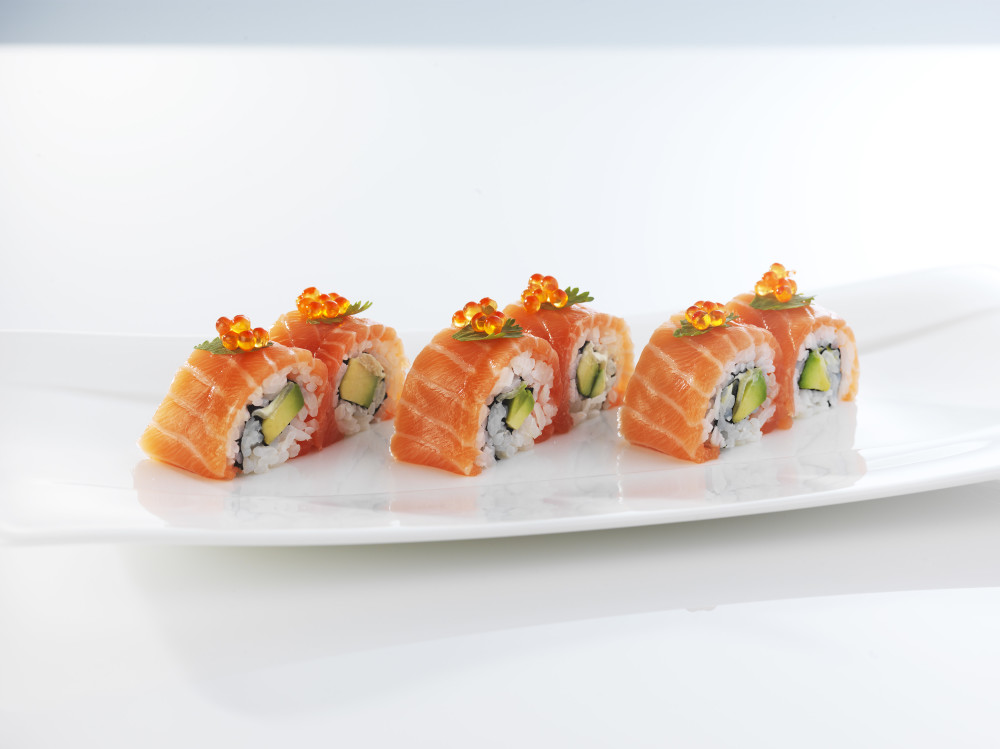 As the latest Michelin-stars were awarded to Nordic restaurants at a ceremony in Trondheim Monday evening, seafood from Norway sparkled along. Norwegian shellfish can be found on an increasing number of top restaurants around the world.

After the MSC suspended certification of North Sea Cod, the Norwegian Seafood Council urges consumers to be vigilant about origin. Norwegian cod comes from one of the world’s most sustainable fish stocks.

According to a large international study by the Norwegian Seafood Council, 76 percent of consumers say they want to eat more seafood than they do today.

In 2019, Norwegian salmon farms have near eliminated the use of antibiotics, new data shows.